We rearranged our usual schedule to attend and sketch the Diwali Festival at Seattle Center Armory.  Except I didn't sketch the festival...more on that below.

As I often do, I traveled by light rail into Seattle. While parking was no problem at the station, the train was standing room only, crammed with University of Washington fans headed for the game. So it was a sea of purple. 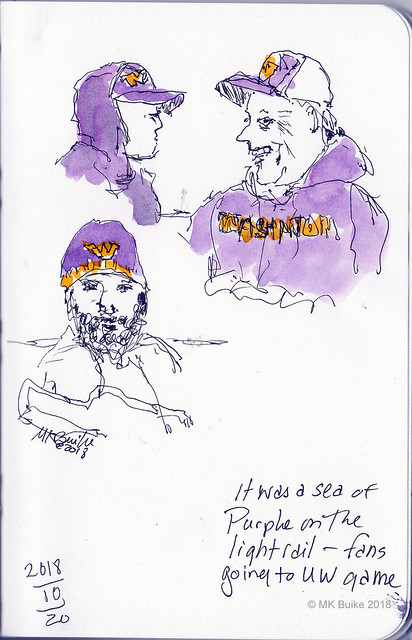 When we arrived at noon, though it was the start time for the festival, almost nothing was set up. The welcome and dancers on stage did start on time and the lanterns were hung from the ceiling. 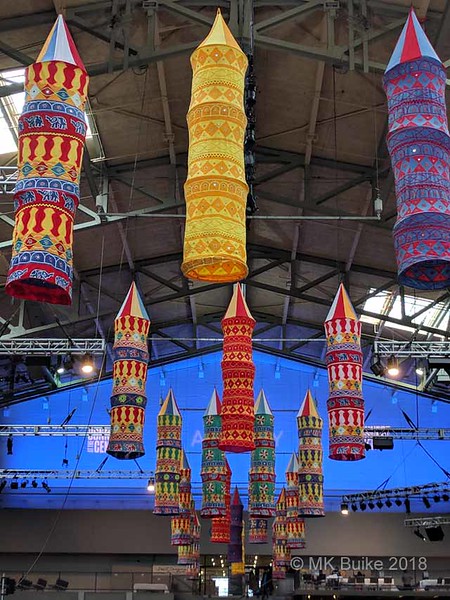 Since the festival wasn't fully underway, I decamped to sketch something I'd had in the back of my mind. Typewriter Eraser, Scale X is a sculpture of a large-scale typewriter eraser by Claes Oldenburg. I sketched it in it's previous location in the Seattle Art Museum's Sculpture Park. A couple years ago it was moved here, in front of the Frank Gehry designed MoPop (Museum of Popular Culture, formerly the Experience Music Project and the Science Fiction Museum). Just to add a third Seattle icon, I included the Space Needle. 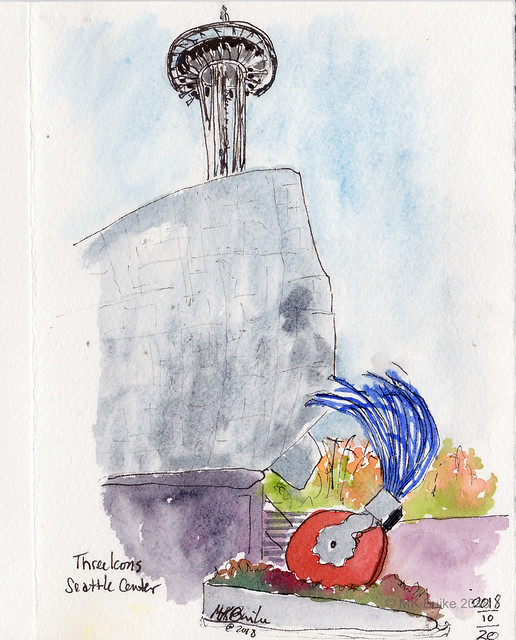 At that point, I could have gone back to the festival. But, since I still had over an hour and I'd brought my MoPop membership card, I decided to zip through the Marvel exhibit. I knew there were a couple sculptures that I might want to sketch. This Spider Man photo op had a convenient bench right in front, so it's the one I picked. I got to see some people doing cute and funny poses with it. This little one was the best! 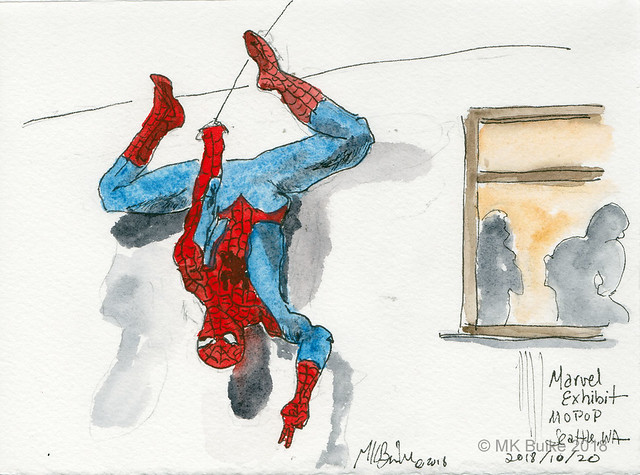 Our sketch throw-down and our group photo:

Photos from the MOPOP Marvel exhibit
Posted by MK Buike