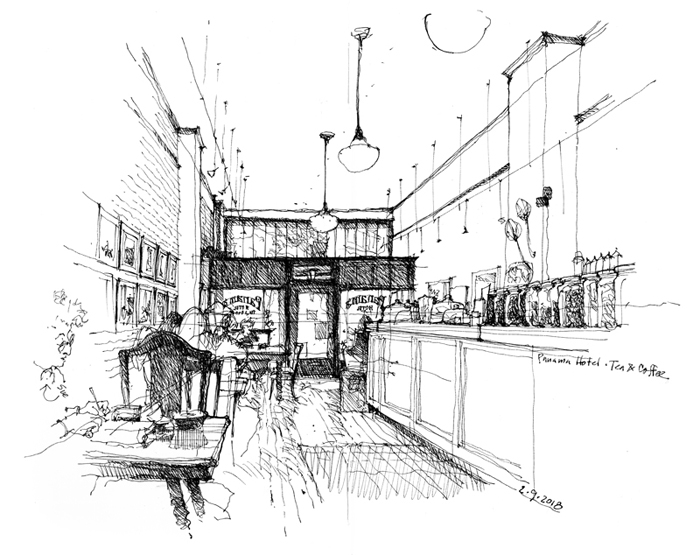 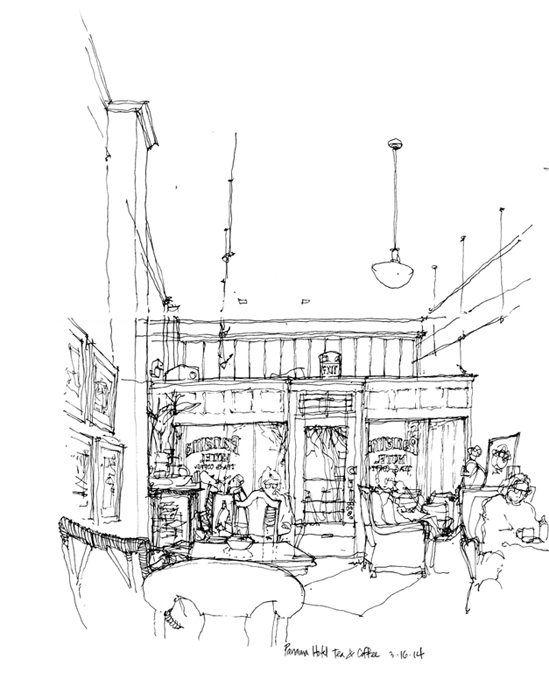 Two views of the tearoom at the Panama Hotel. The first was done when a small group of Urban Sketchers met there last Friday. The second is from four years ago, with a similar viewpoint but from a position a little closer to the front door. Also dissimilar is the use of tonal values in the later sketch to convey the daylight streaming in through the storefront windows.
Posted by Frank Ching