The last summer sketch outing with the Seattle Ad Hoc group! This is one of Seattle's newest parks, the Jimi Hendrix Park in the Central District. The red sculpture is supposed to be a sort of abstraction of a butterfly. There are many references to flight and wings in Hendrix' songs, and Little Wing especially has butterfly imagery in the lyrics. Some of the other sketchers drew the whole form and their sketches show this better. I imagine the park will also become a good performance space. 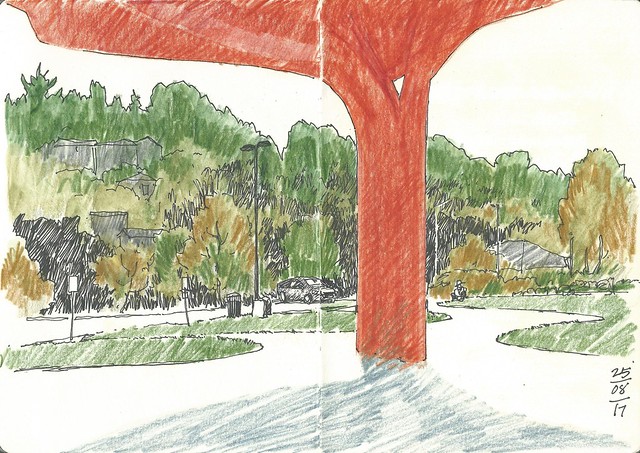