Catching up on the Summer

Here are my sketches from Fremont sketch outing in June. Sorry it took so long to post!

The first one was done just above the trail along the Fremont Cut.  I wanted to get the extent of the Fremont Bridge as it stretches over the cut.

The second sketch was of the building sculpture by Mark Stevens called Monsuang.  It grows on you the more I see it and study the forms that attach to a generic "industrial" residential building.  It has become one of those landmarks in Fremont. 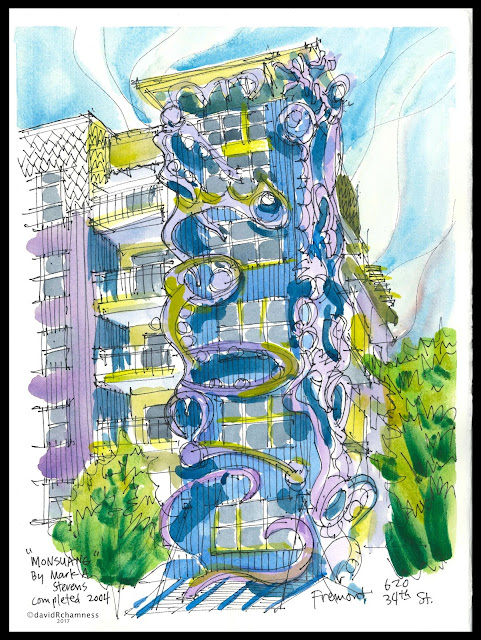