Greenlake and Maple Festival at the Arboretum Japanese Garden 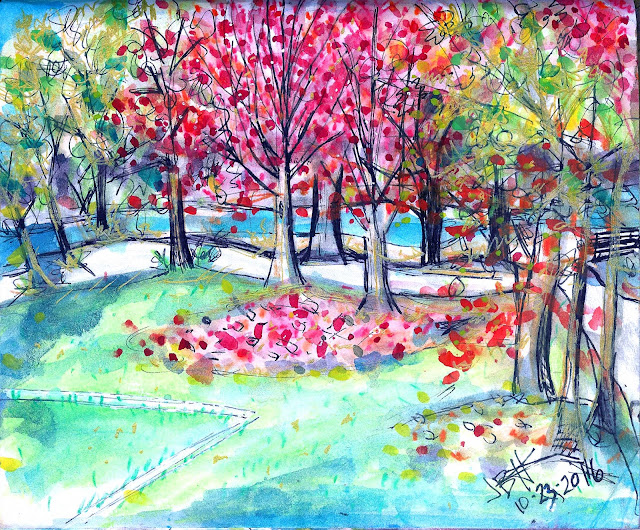 Double sketch day today --Urban Sketcher outing in the morning and the Arboretum Japanese Garden Maple Festival in the afternoon. I've spent a good amount of my life at Greenlake and the Arboretum but this is the first time I have done a sketch at either location. In my 20s I used to roller skate around Greenlake, in my 30s I pushed a baby stroller, and in the last 10 or so years I have probably run around that lake over 4000 times...It was nice to stop and sit for a change to watch some of the last remaining red leaves fall. The Arboretum Japanese garden is on mile 21 of the Seattle marathon route...I run by every year but have only gone inside maybe one other time. Today my daughter wanted to do a photo shoot there and we discovered that today was Maple Viewing Festival. The garden was full of tourists speaking other languages...I think someone forgot to tell the Seattleites what was going on there today ...tea was being passed out, family photos, lovers on the benches, some giant goldfish, a little turtle, and a lone Blue Heron. 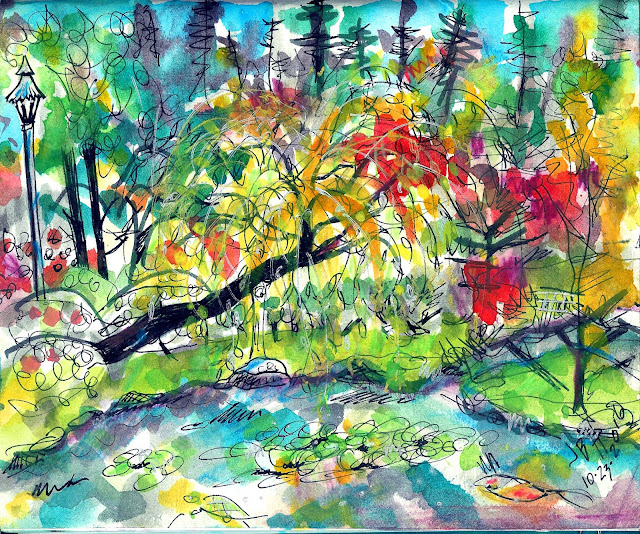