Urban Sketchers Seattle and Tacoma joined together for the 48th World Wide SketchCrawl Day in Olympia.  We met at the "Legislative Steps"... the large stairs into the Capitol building.

This facade is so impressive but I found it a little overwhelming in its architectural grandeur.  I sketched a side view with the dome from across the street. 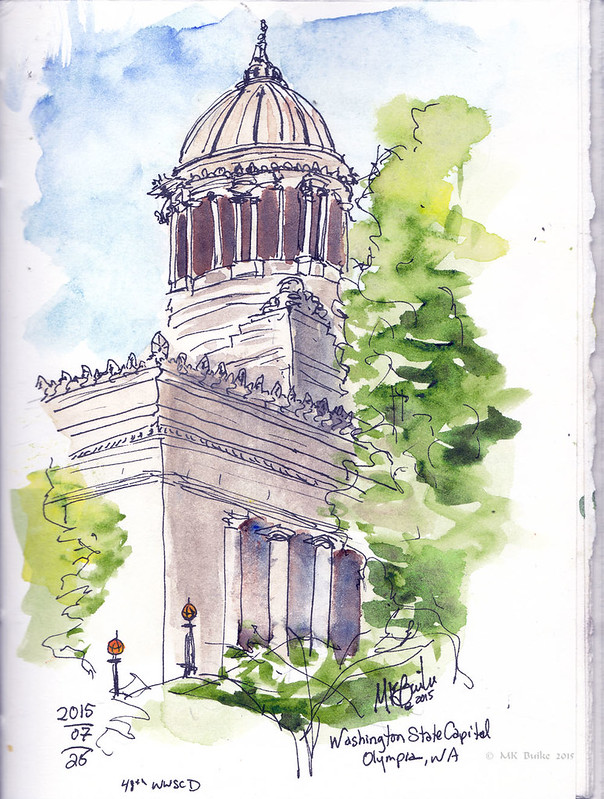 As I'd arrived, staff at the Visitors' Center told me that there would be a wreath laying ceremony at the Korean War memorial this morning.  It was in commemoration of the anniversary of the end of the war.  I was a bit late getting over to the site and the ceremony was all but over.  However, I had time to pay tribute with a sketch including the wreaths.  The flags are at half mast in honor of the military killed this past week in the shootings in Tennessee. 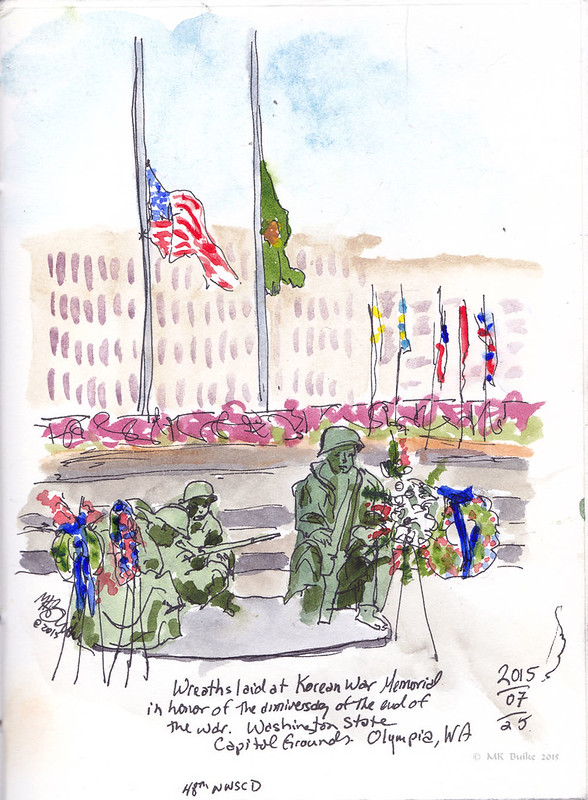 We met back on the Legislative Steps to share our sketches.  I'd seen Michelle taking photos at the Korea memorial and she stopped by to look at our sketches.  She took the group photos: 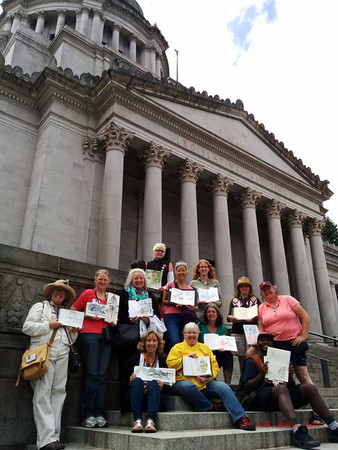 Then we went on the the Olympia Farmers Market.  I again found the scene too  large and chaotic.  I followed Jane's advice and just sketched a portion of one of the vegetable stands. 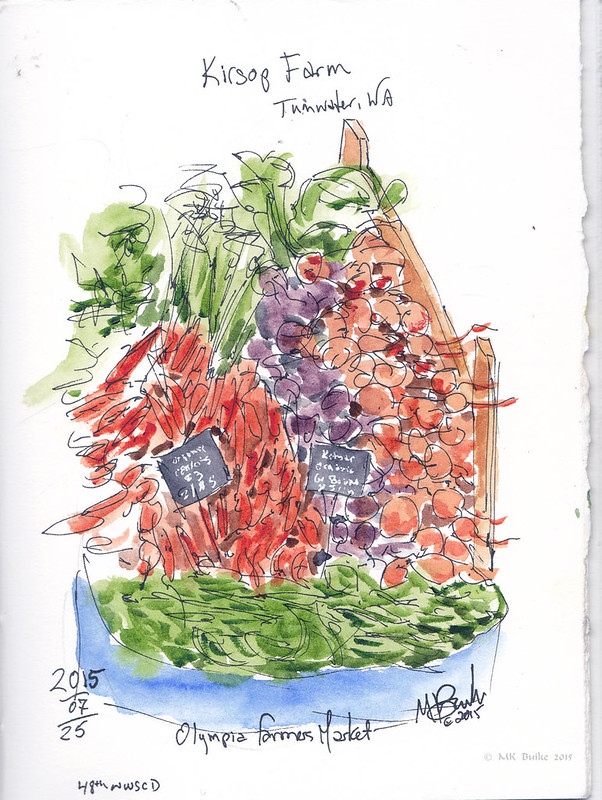