one of my great goals for this year was to go on a long scooter ride/camping trip with my friends in the Snack Pack Scooter Club. Although I wanted to go out for like 3 weeks, we settled on 7 nights, which was actually plenty. the plan was to go east into the desert and we had a wonderful route planned out. but unfortunately the week we had blocked to ride was the beginning of the horrible fires that blew smoke all over Washington in mid-September. the poor air quality was one thing, but many roads were closed and the wildfires too close for comfort. so halfway through we changed our plan to be entirely on the west side of the mountains. however we still made the most of it!

we really limited our stops and spent as much time as we could outdoors & ate grocery store meals to avoid coronavirus contact, but we still found ourselves inside a few times. we didn't go in places that were too crowded, and obviously wore masks whenever we were around people, but we were aware there was a risk anyway. all of us got tested and quarantined once we were back in Seattle. 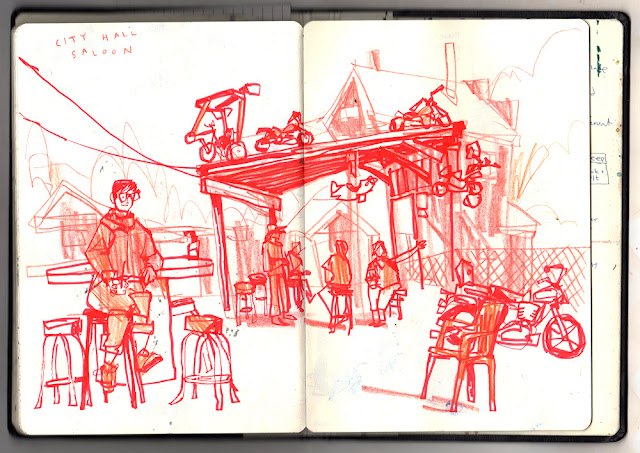 Day 1: I planned the first two days of the route & took the pack to City Hall Saloon, a dive in a tiny town north of Enumclaw. there are a lot of fun things to draw in the saloon's outside patio, like weird tiny motorcycles! the fires had by then reached the east side of Mt Rainier, so we discovered that many places in this area had lost power and people were panic-buying supplies. 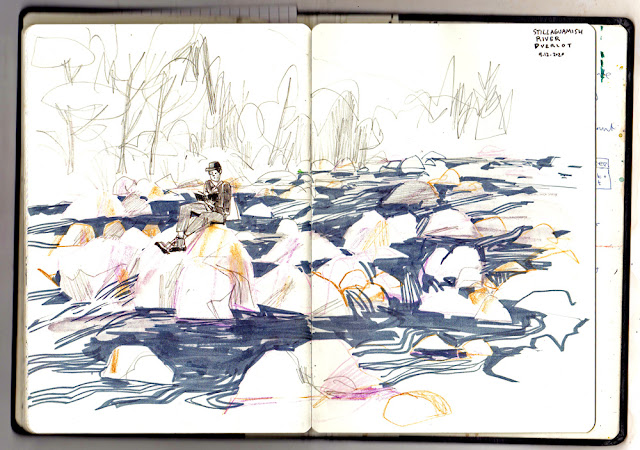 Day 5: many days later, the next thing I got a chance to draw was this beautiful rocky river by Verlot, in Mt. Baker National forest. the smoke was all over us by this point but it made everything look very soft and hazy. This was my favorite camping spot. it was so mossy and peaceful. My friend Alexander also took some time to sketch here (he's in the picture). 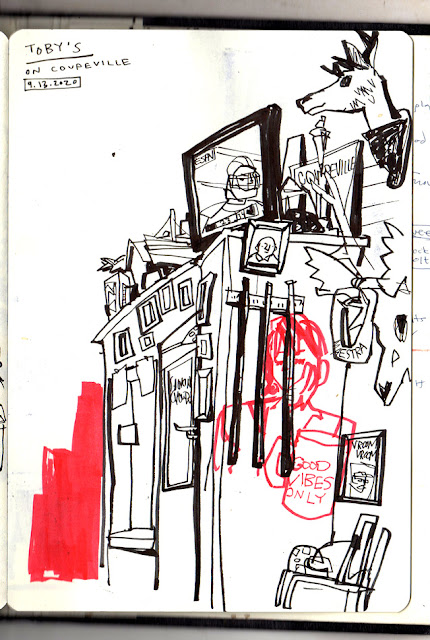 Day 6: we were freezing on this route (the sun being blocked by smoke makes everything much colder) so we stopped at Toby's in Coupeville while waiting for the Port Townsend ferry. Lots of stuff to sketch. in drawing this I fell back in love with my fude nib pen. 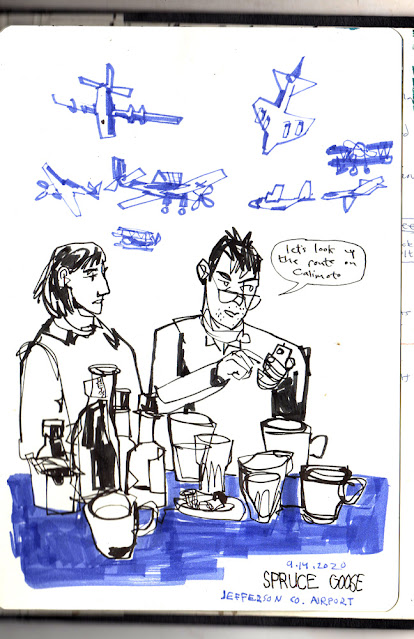 Day 7: Timothy planning how to get us to Hama Hama in the most scenic possible way, using a motocycle riding app that takes you on curvy roads. We were breakfasting in a cafe by a small airport in Jefferson County, which was full of hanging little model planes. 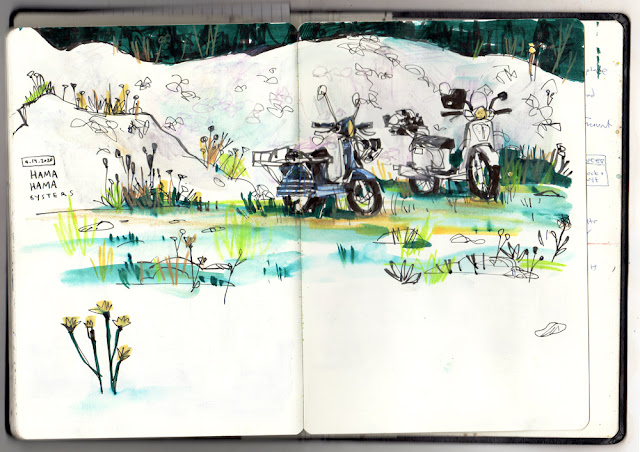 Day 7: the main goal for the rerouted journey on the west side was to eat oysters. I finally got to see the famed white Hama Hama oyster hills. a million shells create mounds as tall as a small house It was only $1 more to get 3 dozen oysters than 2 dozen oysters, so we had a feast, and added to the piles. 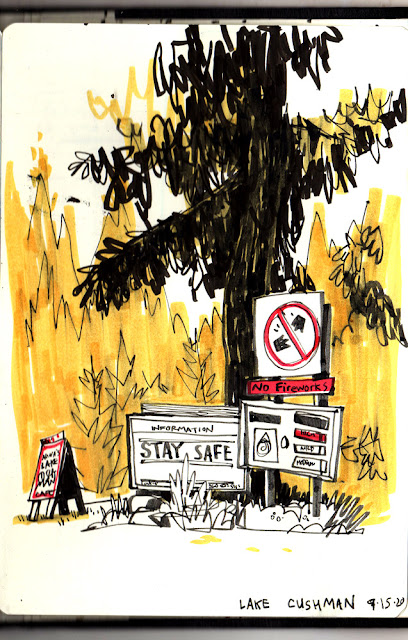 Day 8:  Signs warn about fire danger in the Olympic National Forest. it rained on us that night, which was a chaotic camping experience, but allowed some relief from the smoky air quality for the last bit of riding back to Seattle.
bonus: here is our route, with camping spots numbered. There were so many stunning roads, I can't even believe I live here. looking forward to go out next year and hopefully make it to the wild east this time. 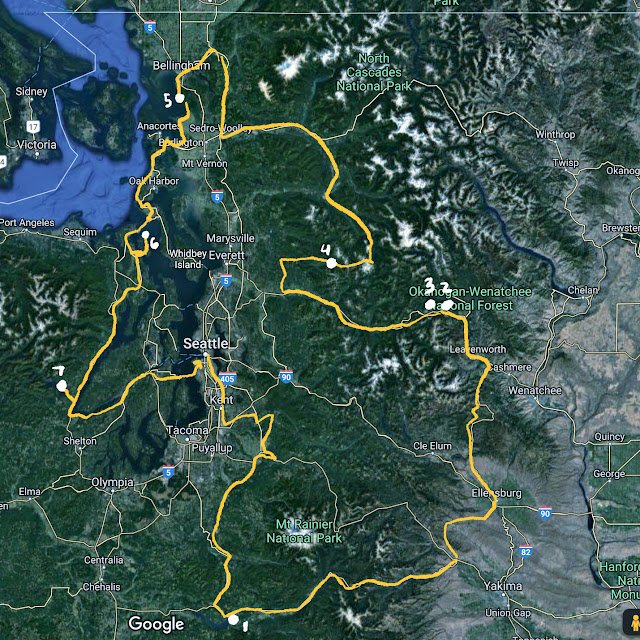