for the last two years, I've been sad to miss the Greenwood Car Show due to being out of town, so I was excited to see there was an alternative in Edmonds. It was actually my first car show ever, but certainly not the last. it was cooler than I thought it would be! Something about classic cars is really attractive to urban sketchers everywhere...something I discovered at the Symposium this year. 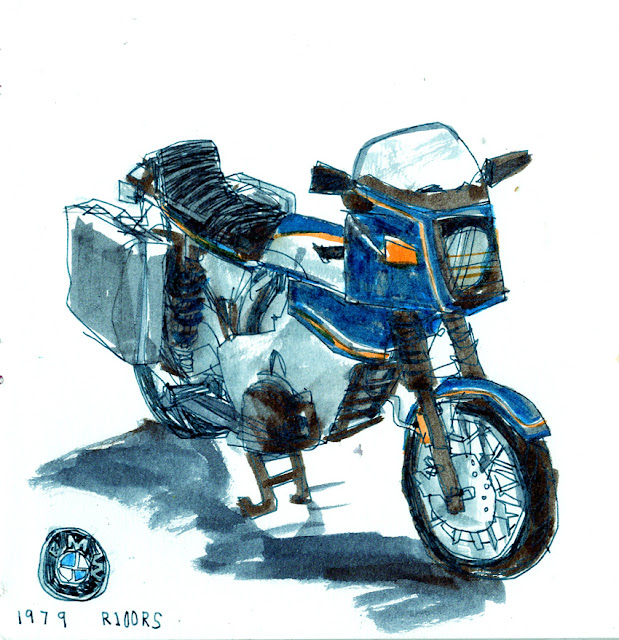 The only way it could have been better is if there were more motorcycles & scooters. Why not?? There were only one or two present at the show that I saw. I'll definitely go to a vintage scooter/motorcycle show. 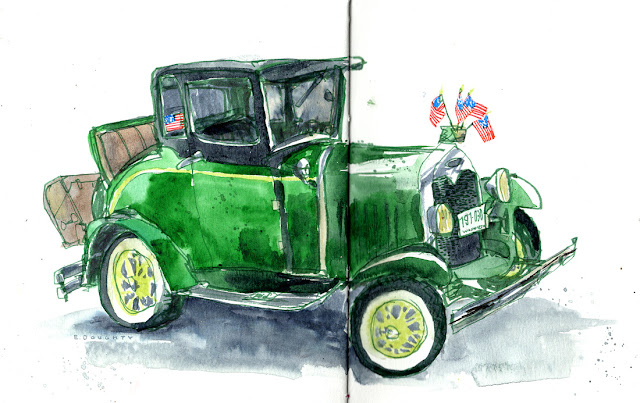 I enjoyed the little personal touches on some of the vehicles, like the little flags on this old Ford (?). I met the owner, named Dennis, and he told me some fun facts about it, such as: the license plate, 191-030, tells us it's made in 1930 (first and last two digits) in October (middle digits, 1-0). there were two models in 1930, so you have to know which part of the year the car was made in to get the proper replacement parts for it. amazing that you still can get those for this 90 year old vehicle. 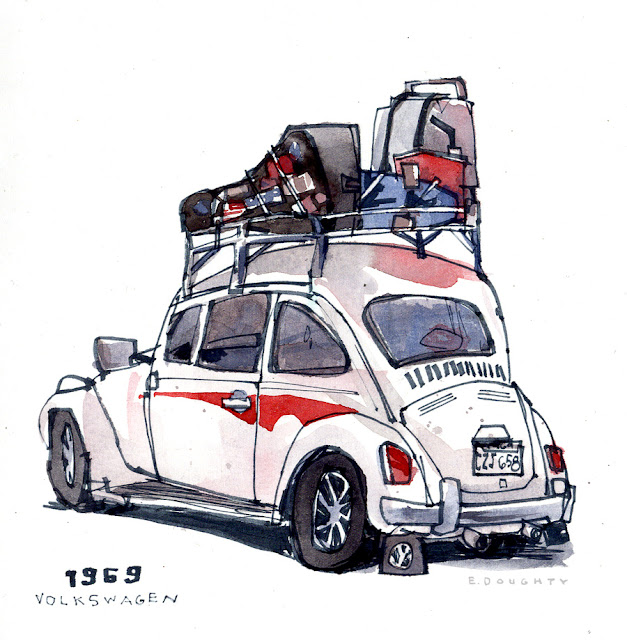 One of the 15 classic VW Beetles, all unique from each other! I liked the styling of the old luggage on top. At this point it was pouring buckets so I sheltered under an awning with some of the owners who told me about their cool VW gang -- they all go on drives and go camping and stuff together. It's a whole community. 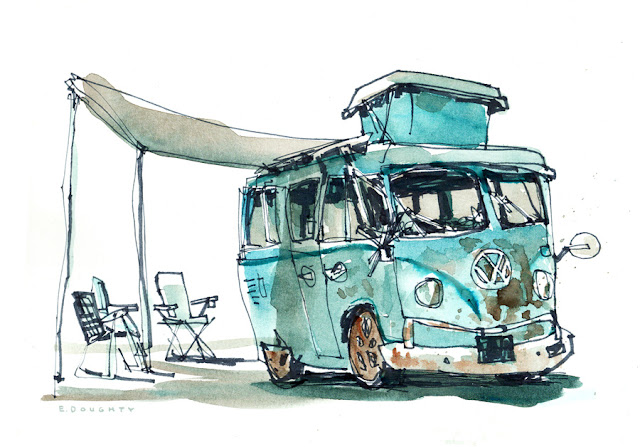 A little further down the Volkswagen area, I drew this charming rusty cerulean microbus (1964 Kombi) with an attached tarp. The owner, Chris, was REALLY pumped about my drawing and we started chatting, he gave me a chair to use while I painted, and eventually he offered me a ride back to Seattle (since my ride home was leaving soon and I wanted to stay longer). It seemed like a cool opportunity so I took him up on it. We drove back with Chris's girlfriend and their dog in front, with me sitting on a lawn chair in the main cabin area. We all had to lean to one side of the van on curves to help it out with turning! It was incredibly loud with the engine (no insulation inside); seems like the vehicle has seen some harsh winters before Chris got ahold of it. We exchanged contact info after the ride so hopefully there are more opportunities to sketch cool old VW cars in my future. I love these encounters that happen as a result of sketching!
Posted by Eleanor Doughty