On the Lookout for Ernie Banks

I grew up on Chicago's south side so being a White Sox fan was in my blood. So despite its reputation, I'd never been to Wrigley Field.  After last year's historic comeback I decided I'd better visit the home of the legendary Chicago Cubs.

I skipped out for the day on the organized Symposium events and made my way in the Blue Line to Addison and Clark. After checking in at the biggest Starbucks's this Seattle area girl had ever seen I found a spot across the street from the stadium, plopped myself on my stool and dove in. Later I learned the Sox and Cubs were in the middle of a four-game series - which the Cubs won by the way. 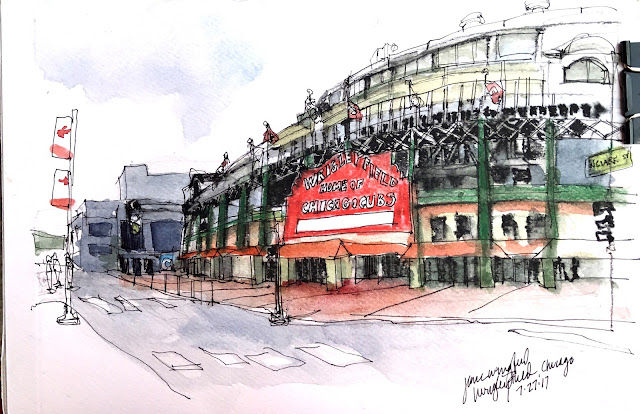 I'd worked up quite an appetite so I tracked down a hot dog joint that sold authentic Vienna Hot Dogs- the best. Poppy seed bun, mustard, onions, peppers, dill pickle and, of course, an "all-beef" Vienna dog. 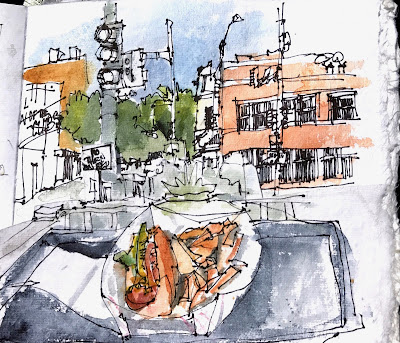