As we normally do during winter and shoulder seasons, we planned an indoor venue for today's Urban Sketchers Seattle ad hoc outing.  However, we had a taste of summer.... bright sun and over 70 degrees.  We met inside Elliot Bay Books on Capitol Hill.  But nearly everyone decided to sketch outside.

I had my eye on the rainbows.  These weren't the rainbows in the sky after rain.  These are rainbow crosswalks.  They were painted in June 2015 in celebration of Gay Pride week.  "The city picked locations by working with community members to pinpoint heavily used streets and spots that have been sites of assault based on sexual orientation, Murray [Seattle Mayor] said."


The first one is on the walk to Blick's art store.  I also liked their paint tube and palette sign! 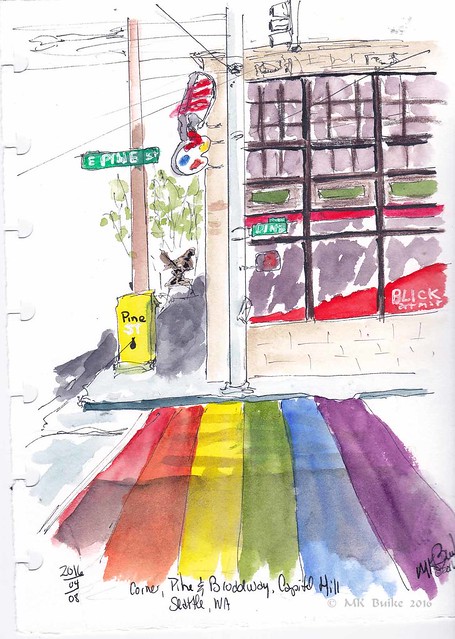 The second location I spotted while doing a walk around after having arrived early.  It's near the Comet Tavern. 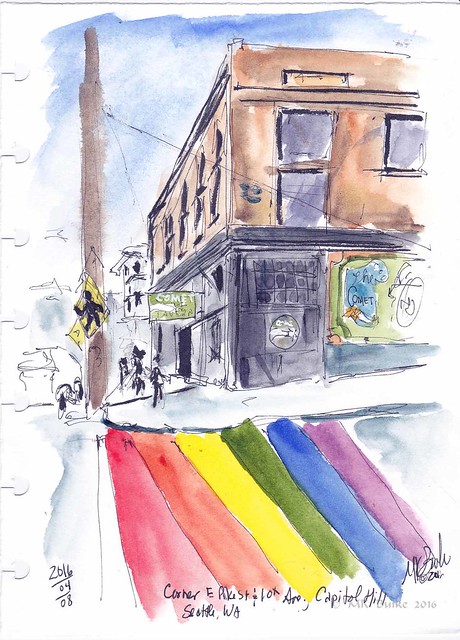 We shared sketches at a table in the Oddfellows cafe inside  Elliot Bay books to share  A few of us stayed for lunch there.