I didn't know much about the Danny Woo garden when we chose it for our September location. I'd scoped it out while visiting the Night Market earlier in the summer, but sitting amidst the garden patches on a bright Sunday morning I got a such a different sense of the international district. The Danny Woo Garden is a model for urban gardening that allows for cross-cultural pollination on many levels. 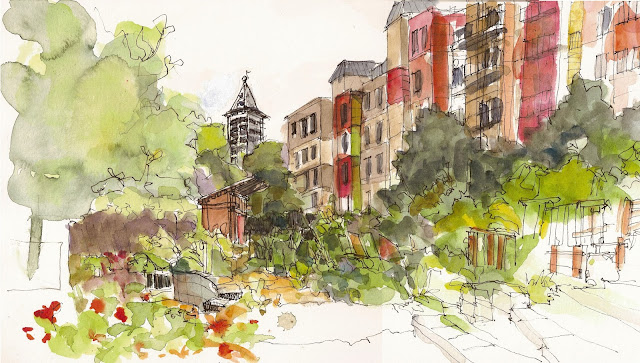 After meeting-up at the Panama Hotel for the sketchbook throw down, some delicious tea and interesting conversation, I met up with another my sister, Beth. We stuck together sketching King Street at the entrance to Canton Alley.

As we sat there some lion dancers snaked up the street. I got out another sketchbook to get ready for when they got closer. They stopped short, but very soon afterword a motorcade arrived with the pre-Xi Jiping delegation. The group was actually a bit larger than what I caught below; on of them stopped to look at our work. He told me he was an artist in Beijing. I was tempted to ask if he knew the artist/activist/disident Ai Wei Wei, but I held my tongue. 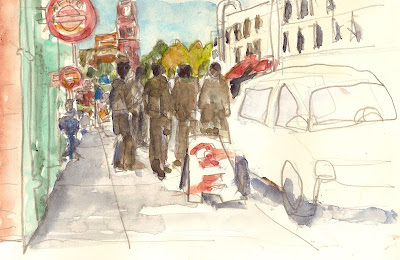