We've had nothing but beautiful weather for about a week.  I had a couple errands in Bellevue which I tackled after the morning commute had cleared.  I decided this would be the perfect time to look in on the renovation of the Bellevue Botanical Garden.

The garden itself was much as I remembered it.  There is a massive new Visitors Center with lots of meeting spaces.

My goal today was to see the suspension bridge over the ravine, which I've never seen before. 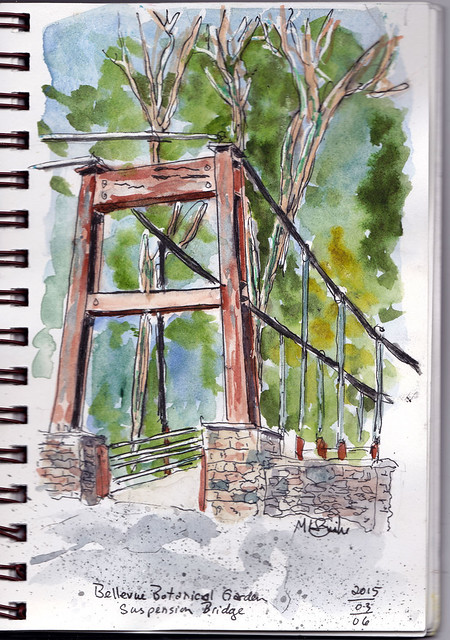