Yesterday I had an all day adventure going to the 2nd Annual West Coast Sketchcrawl hosted by the Portland USk Sketchers.  Sketcher Mark Ryan and I caught the 6:45 am Bolt Bus down to Portland for a 3 hour ride down which got us in at 9:45 am.  We just missed 15 min opening of the event but found the group of over 100 sketchers gathered in front of the Portland Art Museum.
Sketchers of all along the West Coast of the US and Canada met for a day of sketching.  Some had gone down Thursday and Friday.  About 82 met up Friday Night for a Drink and Draw.

I met people from San Diego to  Vancouver, BC and even found out there were two sketchers from Montreal who came out to join us.  It had a small symposium feeling and so fun to meet sketchers from other parts of the country.  Next year it is in San Diego, CA so look out for the advertisement of this event. 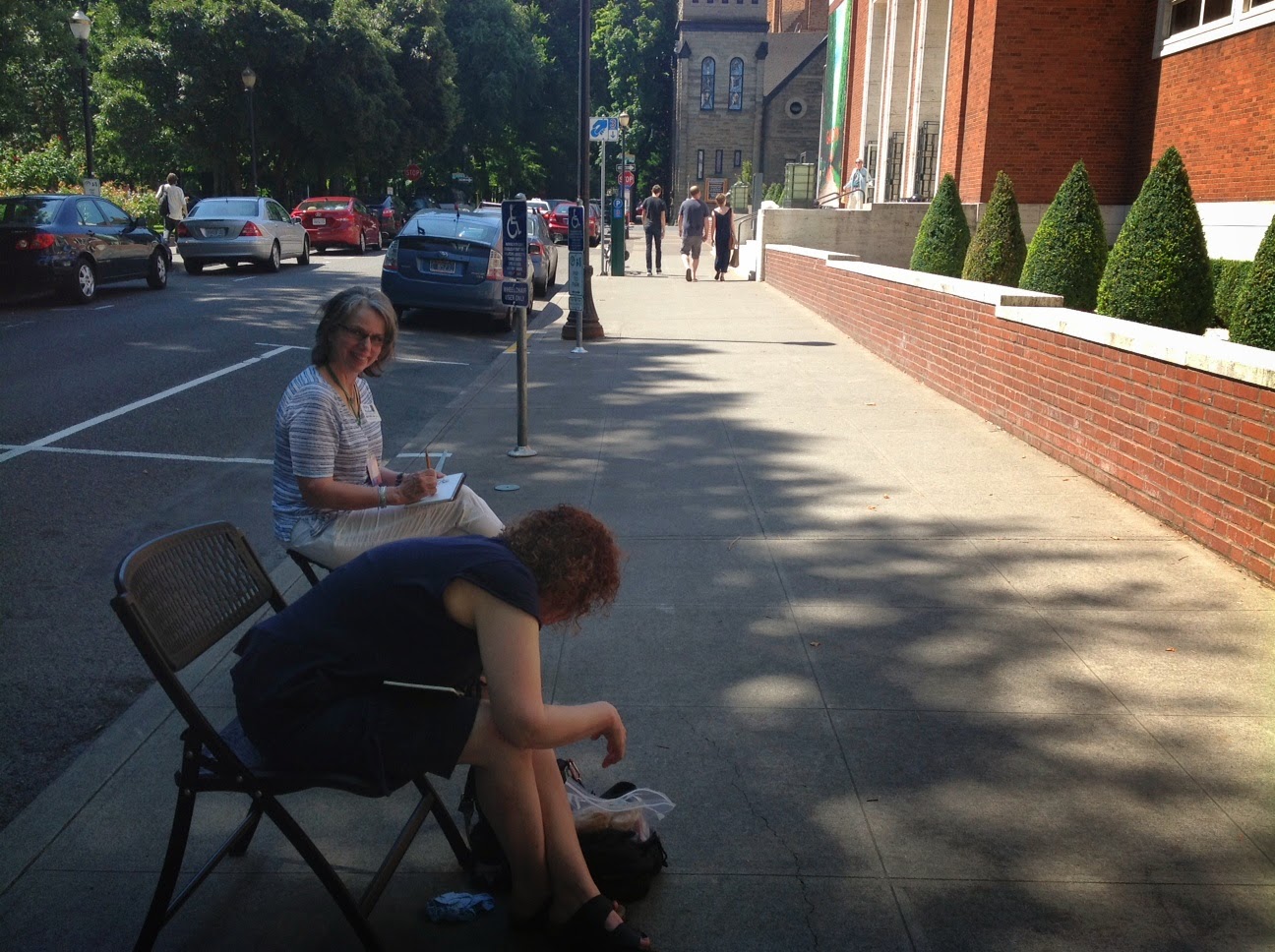 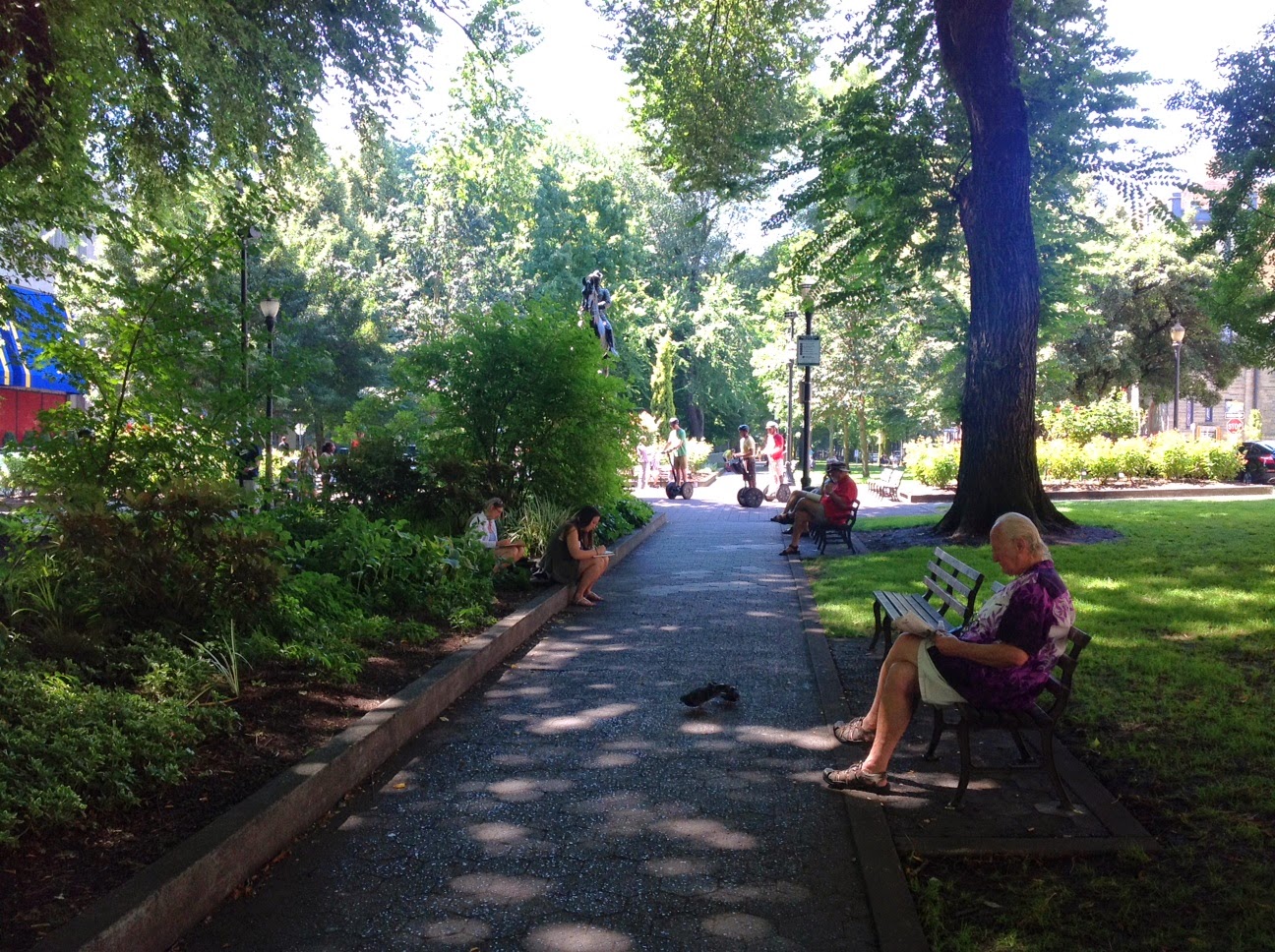 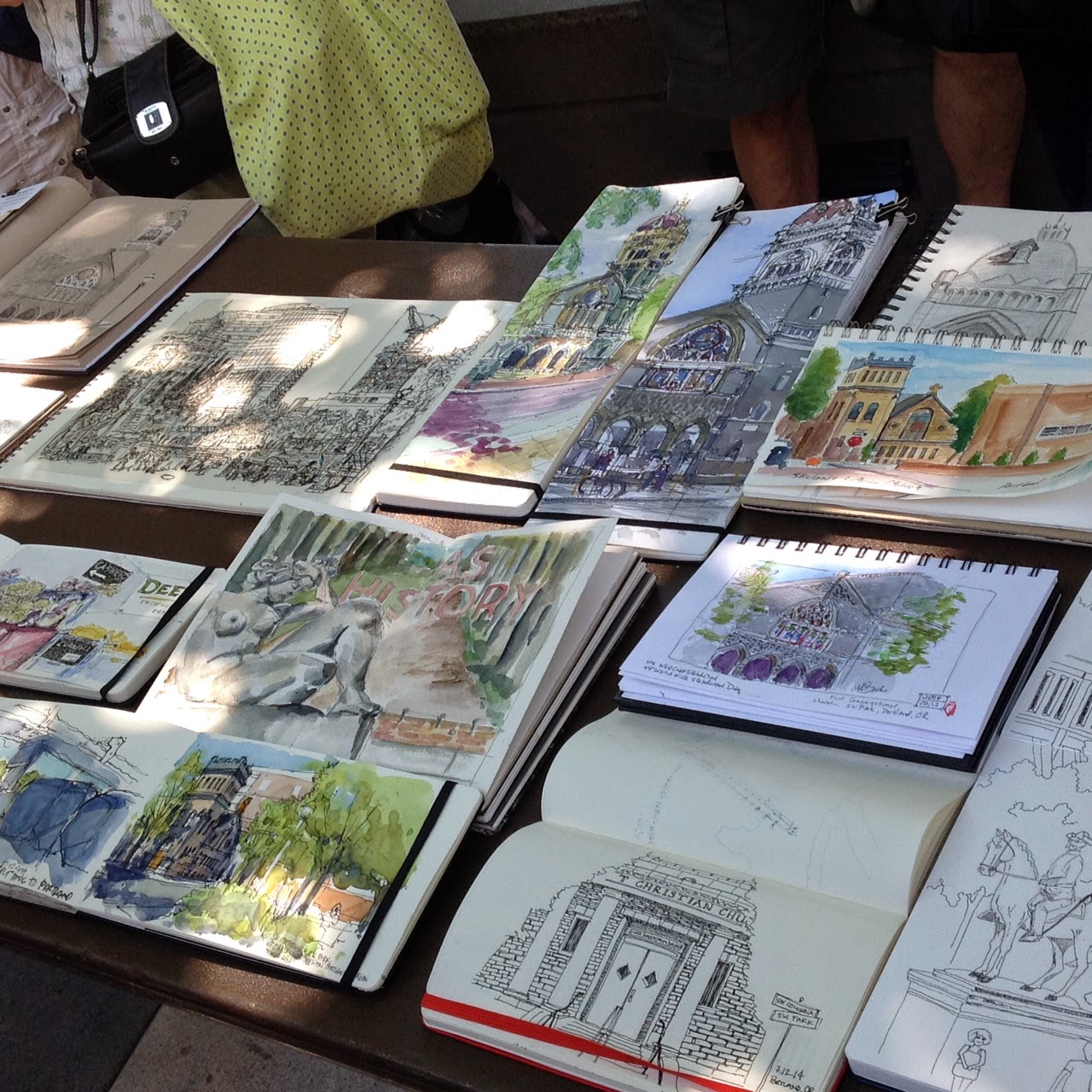 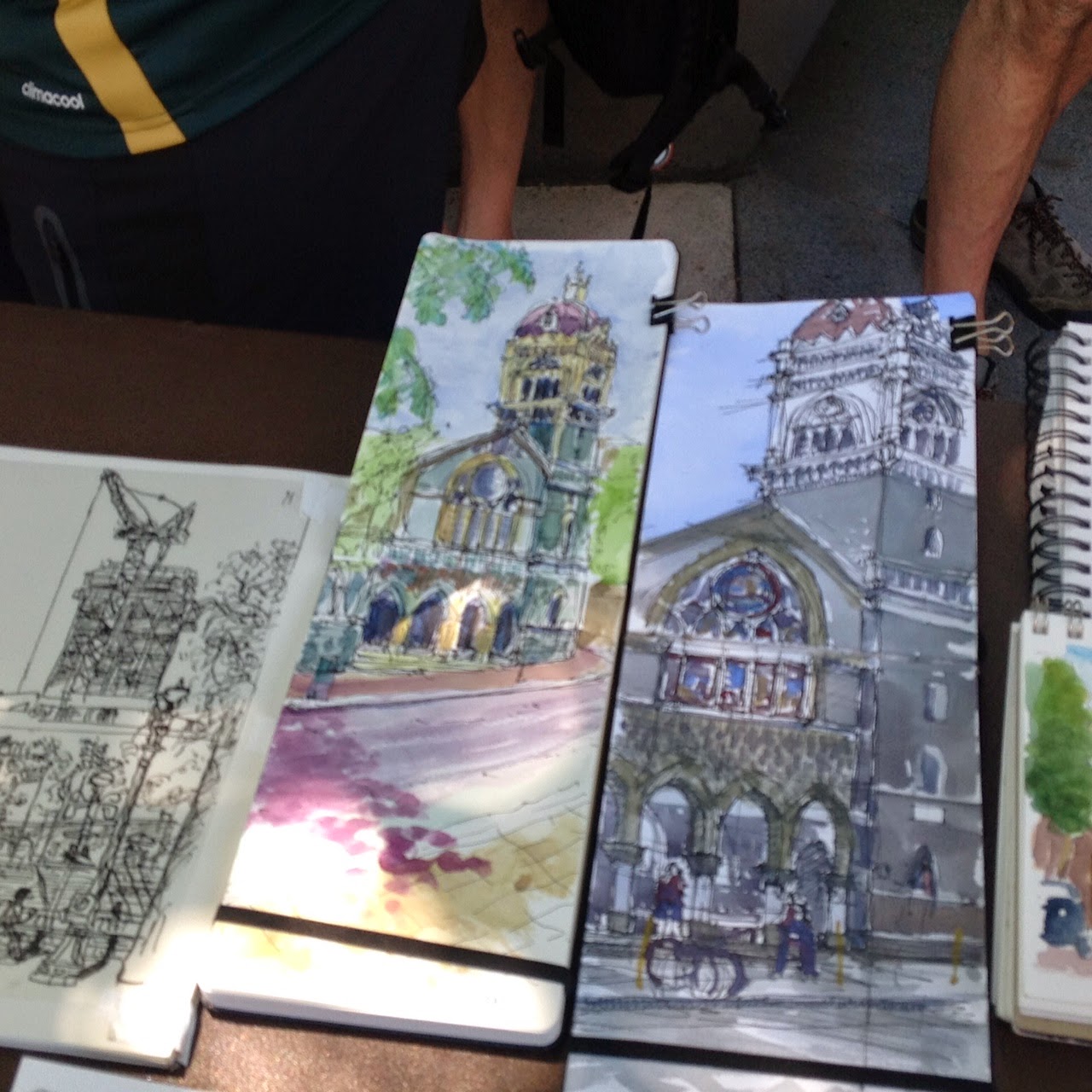 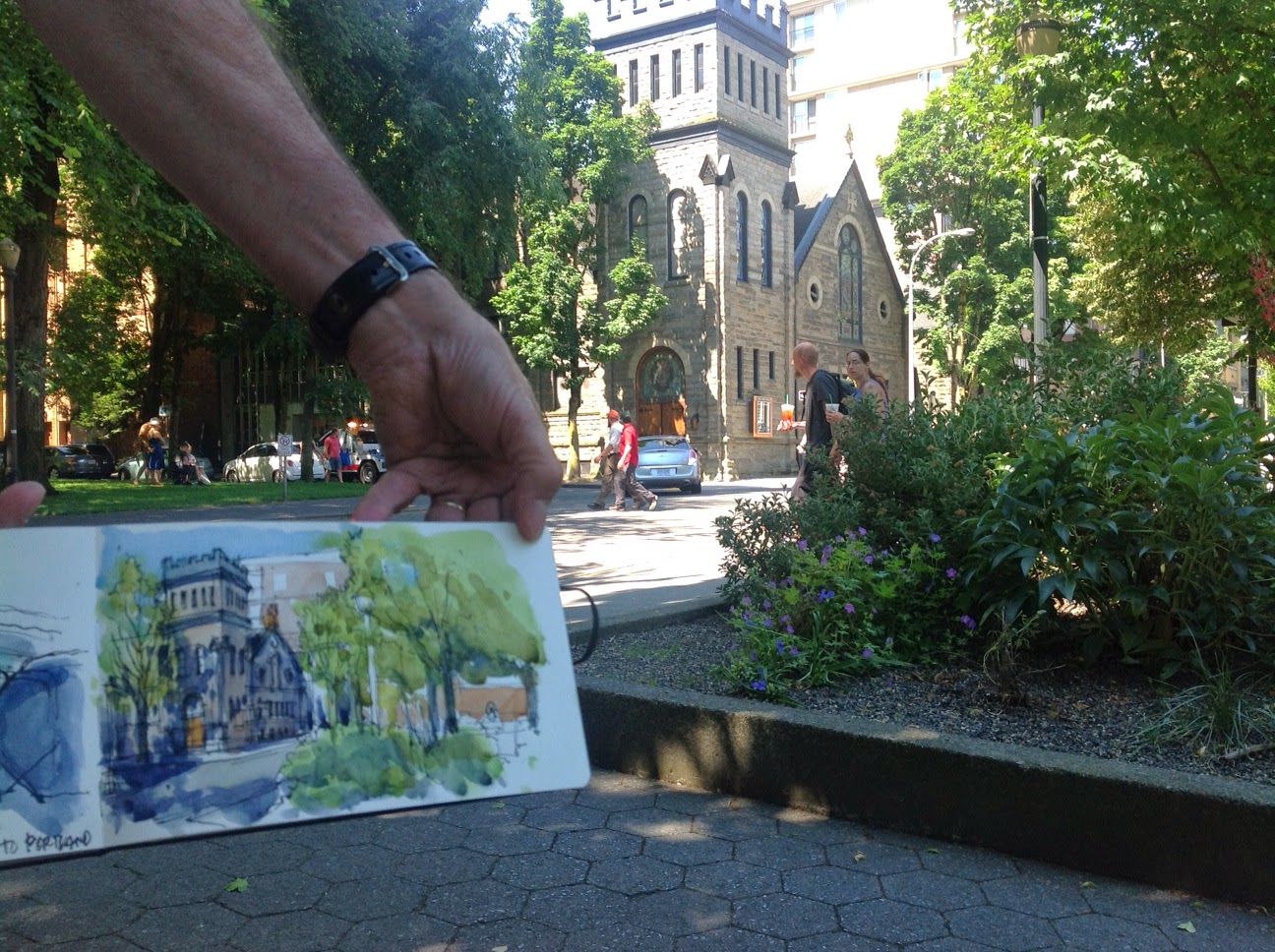