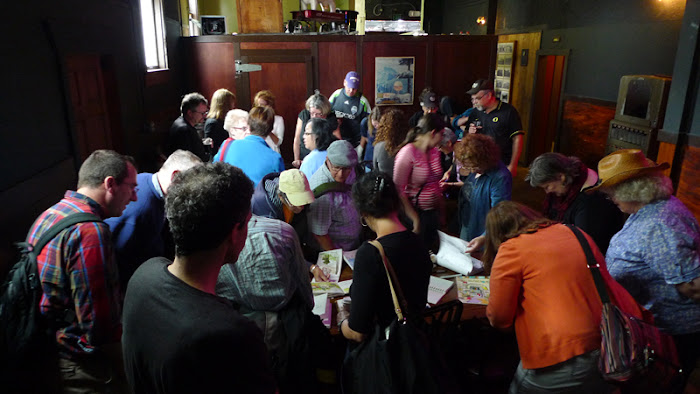 We had a tremendous turnout yesterday in the Georgetown neighborhood. Here's everyone gathering to share their work in the rear room of Jules Maes Saloon, which has been around since 1888!

When I took out and uncapped my usually trusty Lamy fountain pen, I found it had a very bad leak but fortunately, I had a Copic Multiliner as a backup. The 0.7 mm point was a little thick for my taste and the change of instrument really affected my drawing. 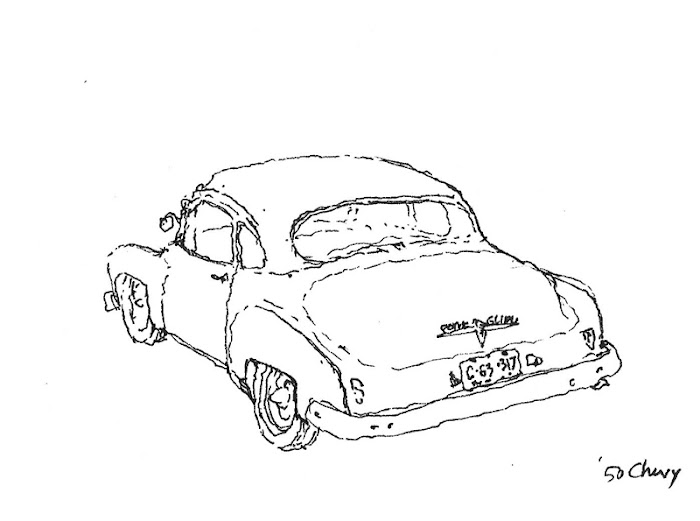 While walking the streets of Georgetown, I happened upon this beautiful ’50 Chevy Sport Coupe. It had an elegance of proportion and flow of line that was both captivating and difficult to capture. My first attempt began as a contour drawing and I found it difficult to work from where I started, at the rear window, to the other parts of the body and to maintain control of where the drawing was leading. 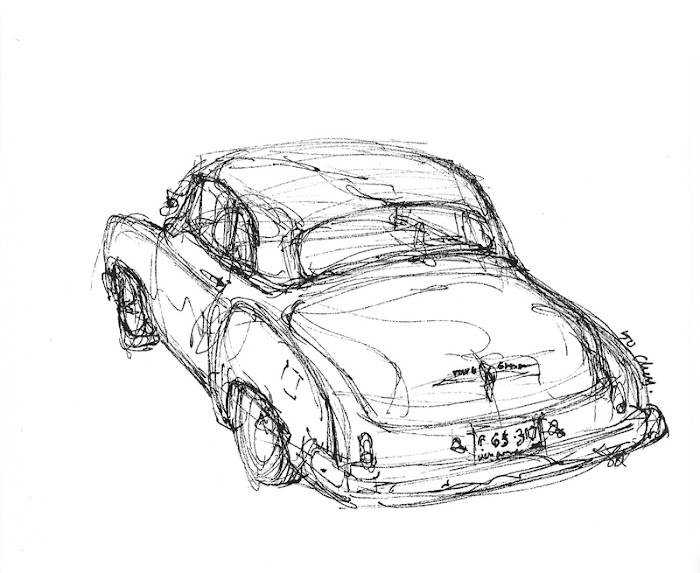 In my second attempt, I decided to use a more tentative, swirling line to first rough out and then refine the overall form and proportions of the cab and the hump of the trunk that rose from the aerodynamic body. With this method, I could make subtle adjustments to the overall form as the drawing progressed.

Neither of the two sketches manages to capture the style and grace of this breakthrough in Chevrolet’s body designs but drawing in this manner really made me notice details and subtle relationships that would normally have gone unseen.
Posted by Frank Ching