Yesterday was probably the nicest day we'll have in the next week or more.  It was a day that required drawing on location.

I went to a near by spot that I haven't visited in at least 3 years.

First, I walked along the Cedar River trail which borders the Boeing Renton plant.  There are lots of aircraft on both sides...the plant side to the East and the runway to the west.  A bridge over the river is only for Boeing vehicles, including the aircraft crossing!

These are unfinished Boeing aircraft.  They are covered in a green protective film, causing the Museum of Flight docents to call them "pickles". Actually, now that I think about it, pickles are just the fuselage, without nose and wings...usually seen on trains. 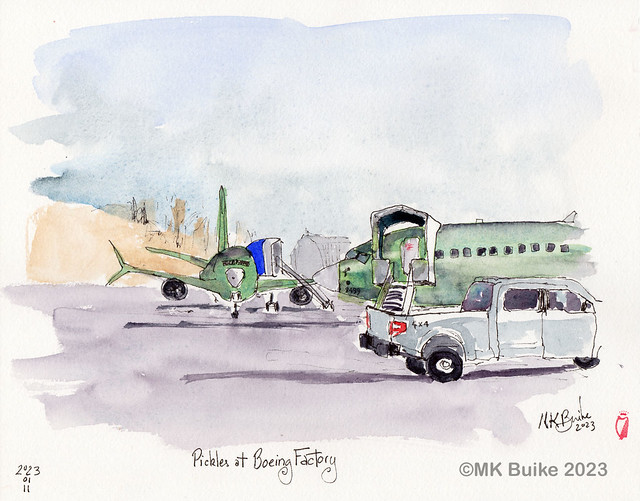 I walked further on to the end of the trail at Lake Washington and the Renton Rowing Center.  From there I could see across the lake to, from left to right, Seattle, Mercer Island, and Bellevue.  There were gulls and coots on floating logs nearby. 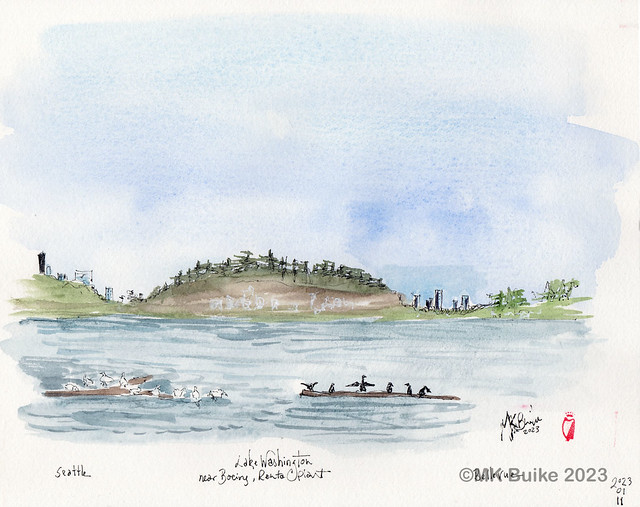