On the sixth day of our record-breaking heatwave, USk Seattle met at the Ballard Locks, where every bit of shade was occupied! As the culmination of their “Spotlight on Nature” weekend USk workshop, Gail Wong and Virginia Hein invited USk Seattle to join their students in the afternoon. Although I didn’t participate myself, I heard that the workshop had a fantastic curriculum based on their new book of the same name.

As it had been all week, finding a good composition was secondary to finding shade! I’ve also been missing sketching people, since I’m still not hanging out much in heavily populated areas. I took advantage of the park’s festive summer atmosphere to sketch people sitting or laying about in the grass, listening to live music.
I was happy to have some time to catch up with Virginia, whom I have sketched with in her hometown of L.A., in Tacoma at the West Coast Sketch Crawl and at various symposiums. Toward the end of the outing, we walked over to the locks, which she hadn’t yet had a chance to sketch. As we chatted under shady trees, I made a couple of quick thumbnails of the Salmon Bay Bridge and the apartment buildings on the south side of the bay.

Despite the scorching day, we had a great turnout. Although I generally wilt in high heat, I was happy I made it to the hottest USk Seattle event of the year (we hope!). 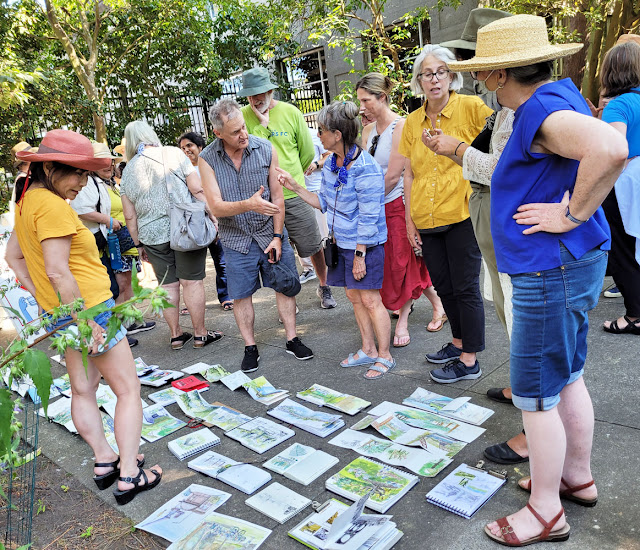 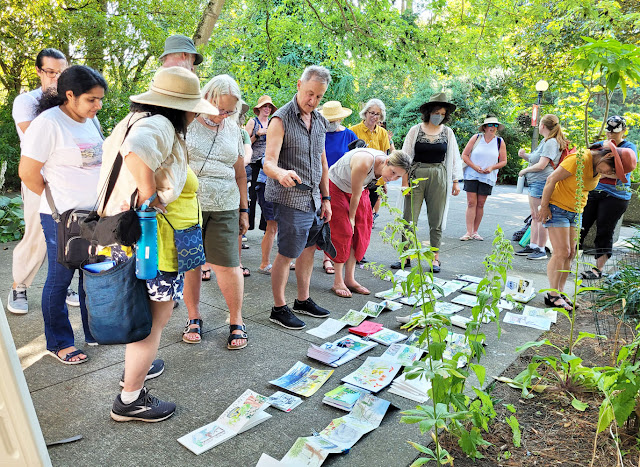