This is the first time I've drawn inside the Museum of Flight in about 20 months.  Over last summer I did a couple "Draw Along" programs in the mostly open air Aviation Pavilion. Today I sat on the floor, behind a sign and a pillar, so almost no one noticed me.

These are the JPL full scale models of Mars rover Perseverance and Mars Helicopter Ingenuity.  Staff from JPL even came to install them a few weeks ago.  The rover is described as the size of a small SUV.
(JPL = Jet Propulsion Laboratory in Pasadena, California).

This was a complex subject.  I approached it by just drawing one shape after another as they connected to each other.  I suggested in the background the Full Fuselage (Space Shuttle) trainer.  These artifacts are in the Simonyi Space Gallery on the west side of the Museum campus. 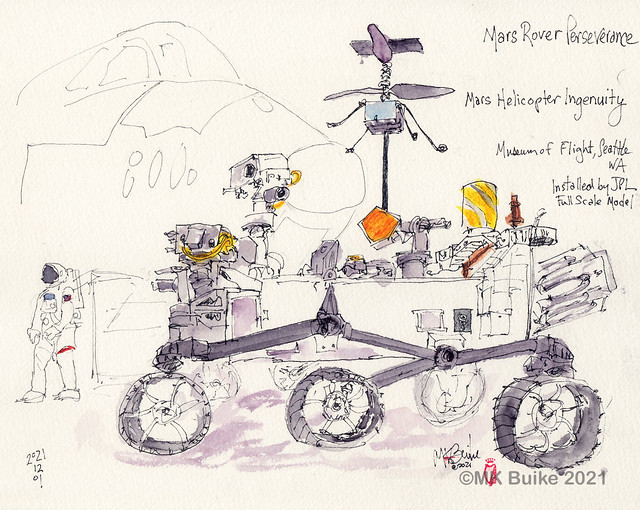