Around the time when the USk Friday group was still fairly small, we met a couple of times at Columbia Center, Seattle’s tallest skyscraper, mainly to sketch from the Sky View Observatory on the 73rd floor. Back then, the admission was nominal, and apparently it was the city’s best-kept secret because we had the place to ourselves. Now it’s a “destination,” the price has gone up to $22, and even on this off-season day, tourists were queued up for tickets by noon.

USk Seattle members opted not to pay the sky-high price, though several chose the Starbucks on the 40th floor. It’s not the 360-degree view of the observatory, but for the price of a latte, you can sketch through numerous huge windows facing west and north.

Though the Starbucks view was tempting, I wanted to face south to sketch the Smith Tower, my favorite Seattle building. Near ground level, Columbia Center has three atrium floors that have been improved significantly since the last time we sketchers met there in 2014 – many more well-lighted public areas with lots of tables and other seating. I found one that allowed a great view of Smith Tower without going out in the chilly but sunny day.

The rest of the morning, I wandered around the three atrium levels hunting victims. I chose two hapless guys who only wanted to eat their lunch in peace without getting sketched. The one I sketched from above was irresistible: He was only a few feet below me but separated by a glass partition. Columbia Center is all about views that are difficult to get anywhere else in the city. 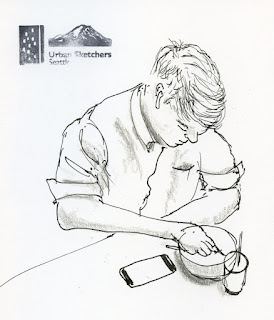 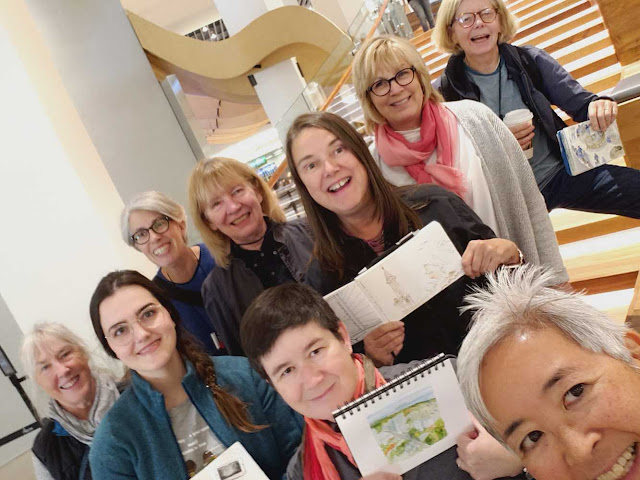 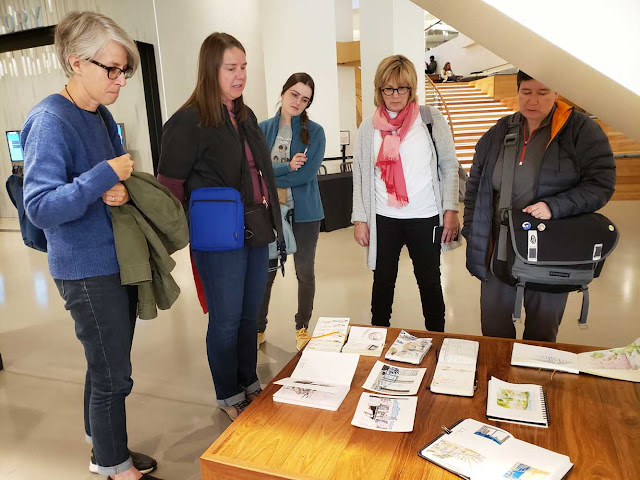