I'd never every heard of the music genre Fado before visiting Portugal during the Porto Symposium. My first live encounter was at our third sketchwalk at Sé, Porto's Cathedral that sits atop a hill with a commanding view of Porto. I sat and drew the trio below. Afterwards they came over to see my drawing and I asked them to sign it. They did but they hid the signatures not wanting to "ruin the picture".

I gave them my card which has the USk blog and manifesto on the backside, so they could see other sketches from the symposium. When I returned home I got an email from them asking if I could send a scan so they could use it for their next cd cover. I love it when these unexpected encounters happen as a result of urbansketching.

After the symposium I, like several other sketchers, stopped for a few days in Coimbra, home to one of the oldest universities in continuous operation in the world. It was first  established in Lisbon in 1290, maybe with a different name, and then relocated in Coimbra in 1537.  I ran into this group from the university, just after Tina Koyama had sketched them. 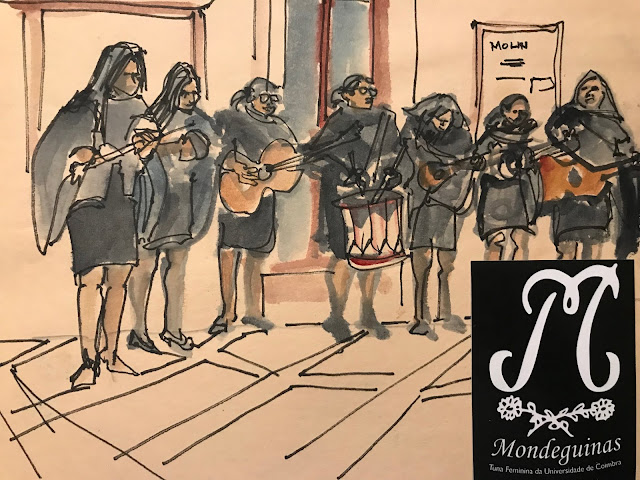 Then this one in Lisbon. 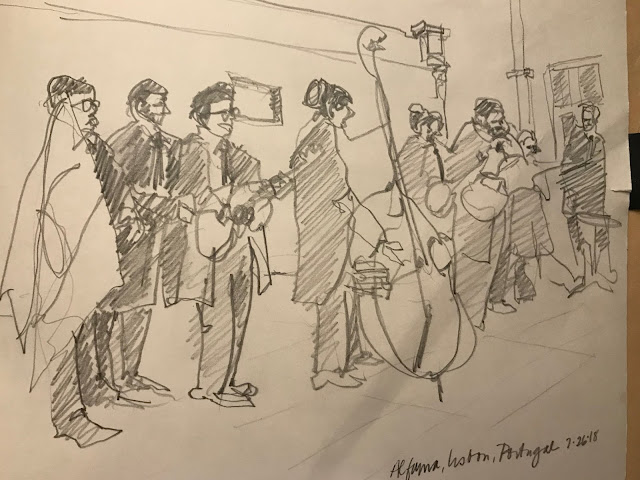 Read more about the Fado singers and my new summer dirink discovery on my blog: olysketcher.com.
Posted by Jane Dillon Wingfield: janewingfield@gmail.com