This is the fifth Anniversary of the Urban Sketcher Seattle's Friday Ad Hoc sketch outings. It might not be the exact date, but it is the same event. It was 5 years ago that just 5 of us gathered to sketch the Gingerbread Village. 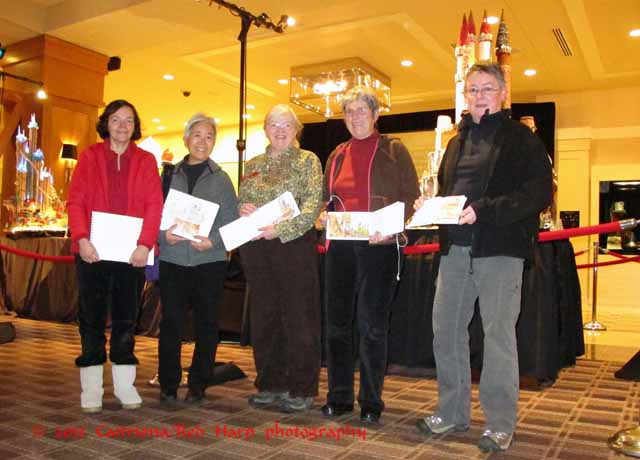 It was Nilda, Tina, me, Peggy H. and Carleen that first time. Once we decided to continue, the numbers grew. You might also notice there are no other visitors surrounding the Gingerbread display. In future years we decided it had gotten just too crowded to sketch there.

This year, though, the display moved to a larger area so the Gingerbread constructions could be further apart. We decided to give it another try. There were far more sketchers present, too!

As usual, I was at our meeting location early. In a previous outing, I had noticed this view out the upper story windows. So while I waited, and again at the end while waiting for others to converge back, I sketched that view. 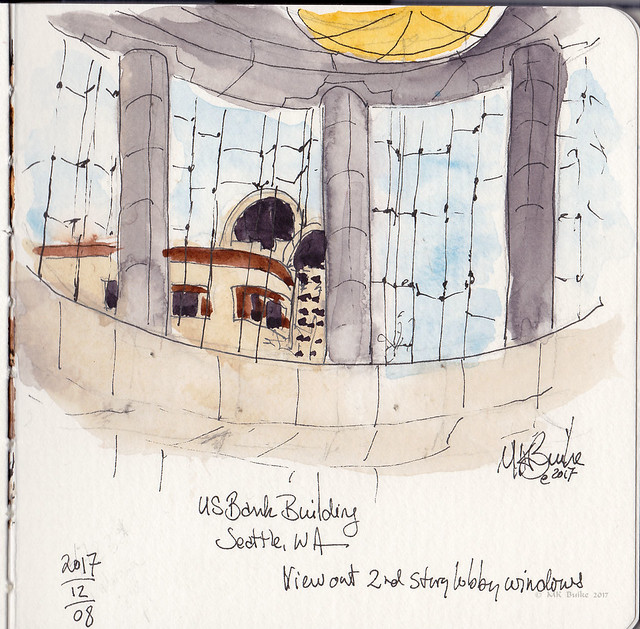 I walked around all of the displays. The theme this year is " 25 Years of Cheer: A Celebration of Seattle". I found I did not enjoy them as much as the previous years' Star Wars and Harry Potter themes. From previous experience, I decided to choose a smaller section to sketch. This is the "Historic North Seattle" scene designed created by CallisonRTK & Hargis with Chef Lee Baldyga. It depicts an sailor but it was the gull in matching shirt that appealed to me! 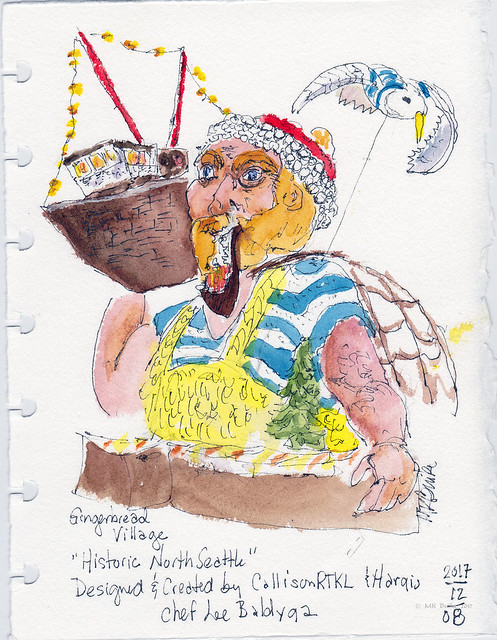 Tina pointed out later that one of the member of USk Seattle works at CallisonRTKL! My thought was that made it an even better choice.

The Gingerbread constructions were starting to get crowded so that was a good time to sketch something else. Last time we met in this building I sketched this arch. I wanted to repeat it today but with the Christmas tree. I see my holiday card for next year! 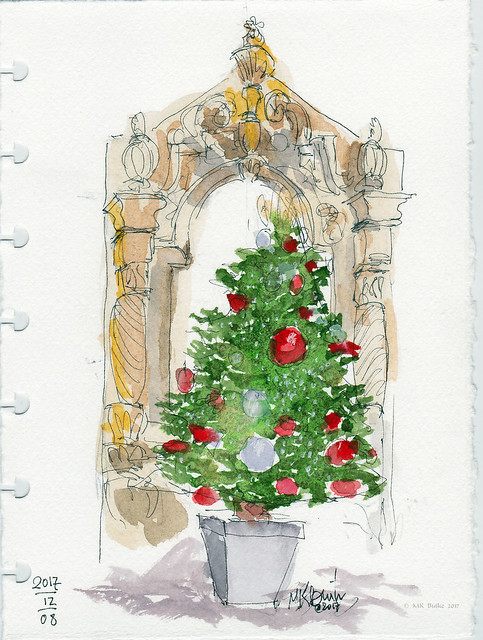 Photos of all the Gingerbread structures:
https://redharp.smugmug.com/SketchOutings/2017-1208-Gingerbread-Village/
Posted by MK Buike