The Jimi Hendrix Park officially opened just this past June. Urban Sketchers Seattle paid a visit on Friday. Also next to the park is the Northwest African American Museum housed in the former Colman School.

My first sketch was of the staircase that bears Jimi's signature. 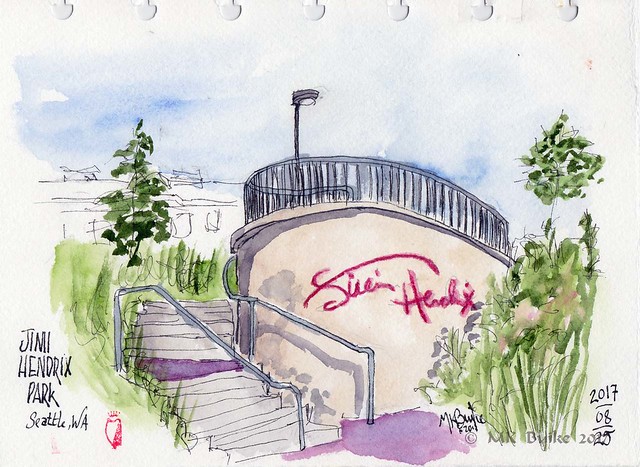 My next subject was the one that stood out the most in the park: this large orange structure. None of us could decide what it was meant to be. I looked it up after I got home. Gloria's guess was correct! "The newly installed central shelter, a soaring sculpture reminiscent of butterfly wings, now anchors Jimi Hendrix Park." 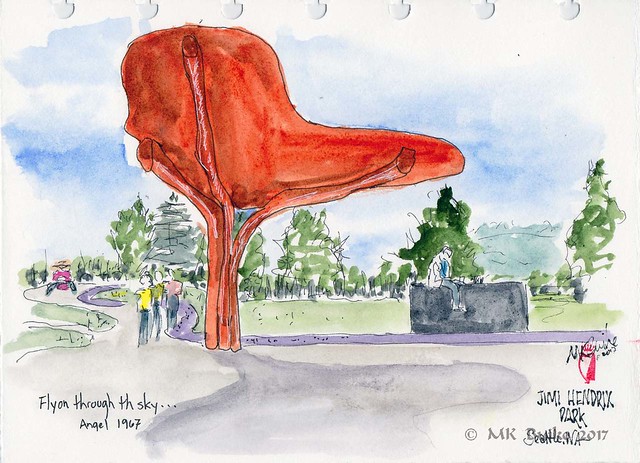 That's Tina on the far left and Peggy JG on the right, sitting on the high bench.

There were purple sections of walk way with Jimi's lyrics carved on them. 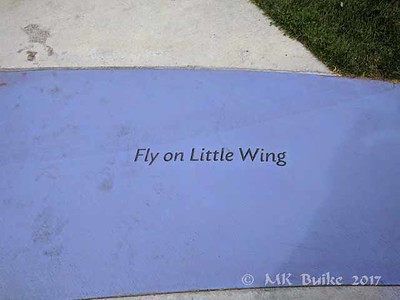 We might consider going again next year as there is more planned for the park: "Within the next year, a purple “shadow wave wall” — designed with Hendrix’s face in the middle — will be built atop a small slope in the park."

Info about the park is here 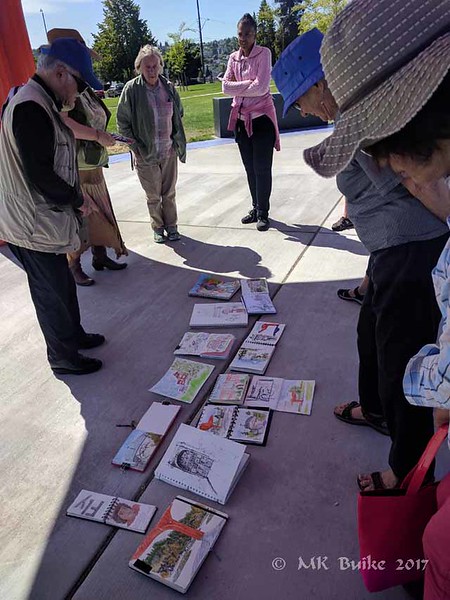 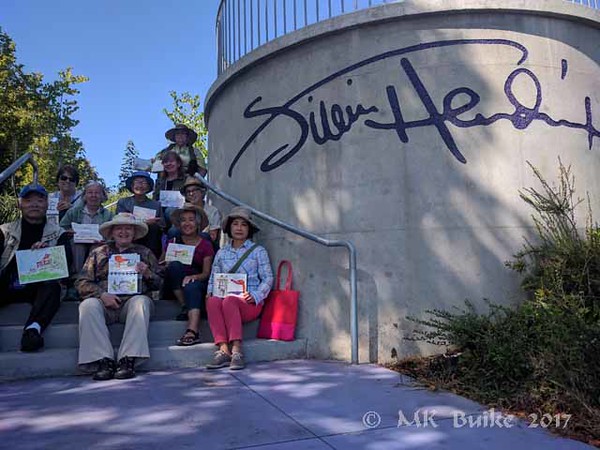 A few people are missing from the photo.
Posted by MK Buike