A Blast from the Past in Georgetown

Seattle Urban Sketchers met in the Georgetown neighborhood this morning at the Bank of America (Georgetown branch) parking lot for July's monthly outing. It was the occasion of the 22nd Annual Georgetown Garden Walk. 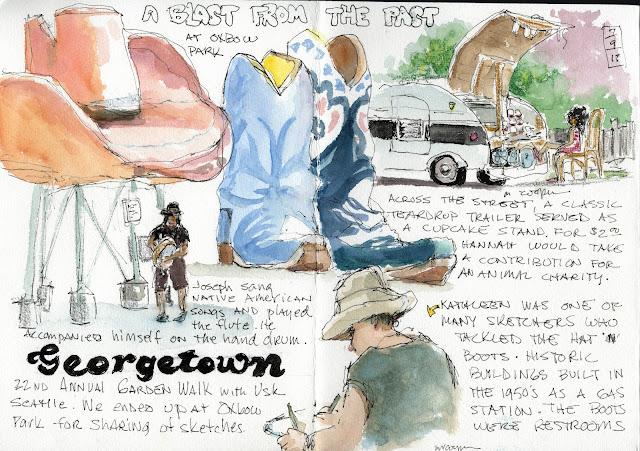 On my drive towards the sketchers' meet up, I was looking forward to seeing the historical homes and luxurious gardens that the neighborhood had to offer. It was the first time I had been here with USk. Upon arrival, I received a map of the Garden Walk which listed 59 officially numbered options. Where to start? 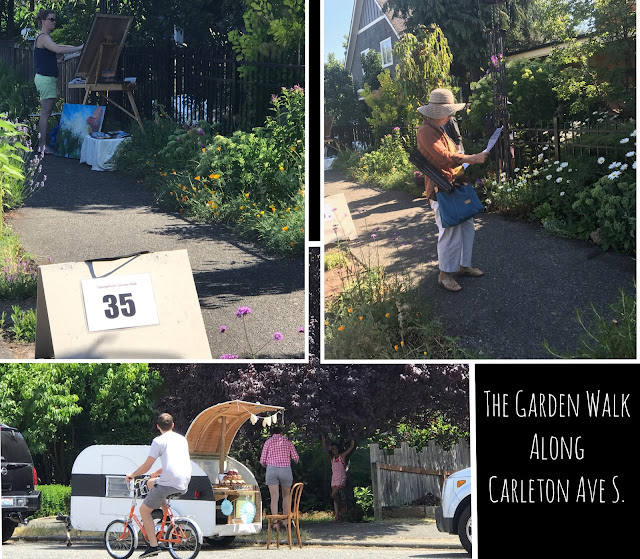 As a group of us started walking down Carleton Ave S. towards the only known restroom provided, we saw unusual buildings (one with a question mark worked into the pattern of roofing shingles), a plein air painter working in oils, and lots of invitingly shady gardens. 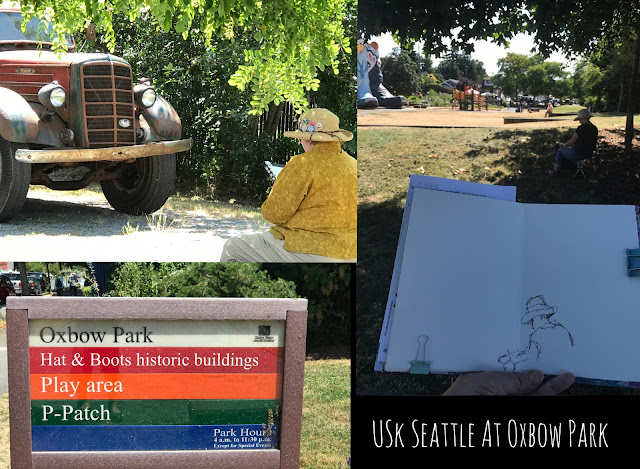 We reached Oxbow Park and I realized I had found my subject, albeit not a garden. The largest cowboy hat in the world and a matching pair of gigantic boots stood proudly at the end of the park, relics of the roadside attractions of the 50's. These unique buildings have been lovingly restored and moved here from the gas station they previously occupied. The boots were originally used as the gas station restrooms and the hat was the office.

I found a shady spot at the west end of the park where Kathleen was also intrigued by the unusual shaped buildings. As I sketched, Joseph sang Native American songs, played the flute and accompanied himself on the hand drum. Across the street another reminder of the '40's and '50's, a classic teardrop trailer, was all set up as a cupcake stand.

At 12:30 we shared our sketches. It was another beautiful summer day spent sketching in Seattle with the urban sketchers.
Posted by Michele Cooper