New Year in the ID

The Seattle Times reported that the International District's (ID) celebration of the Lunar New Year was held a week later due to the Women's March on 1/21, the day after inauguration. So it was held yesterday and today.  Today we met to sketch our reportage on the festivities.

As I often do, I arrived early.  I'd already sketched the China gate a couple years ago.  Today I sketched one of many dragons that adorn the utility polls in the district. 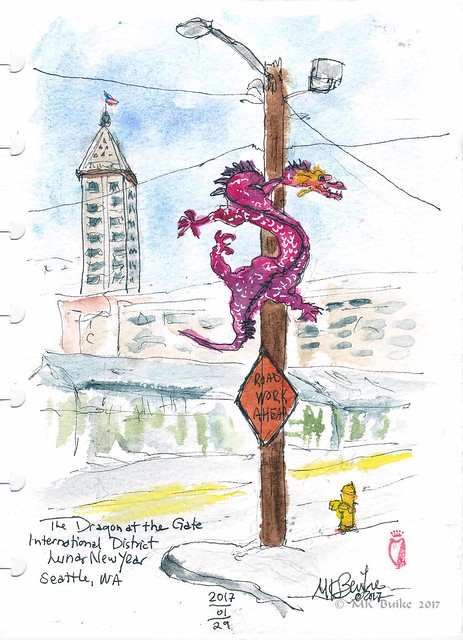 The crowds were already forming and the dragon dance had started when it was time to meet up.  So we moved on down the sidewalk to be out of the way for our little meeting held before we dispersed to sketch.

I used my reciprocal MOHAI membership to gain entrance to the Wing Luke museum.  I'd never been there and today might not have been the best choice.  However, it was warm, quiet and not as crowded as I thought it might be.  This bit of recreated street scene appealed to me.  At the end wall were three potted trees in which little colored tags were tied. The card next to the basket of tags said, "Give New Year Blessings" by writing the person's name with a special wish on the paper tag, then tie it with string to a branch. 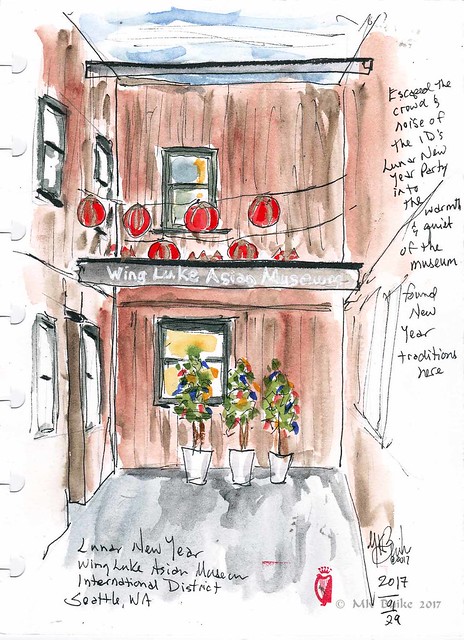 We walked a couple blocks away from the crowds to share our sketches out of the now brooding weather, under the awning of an office building on the transportation plaza. 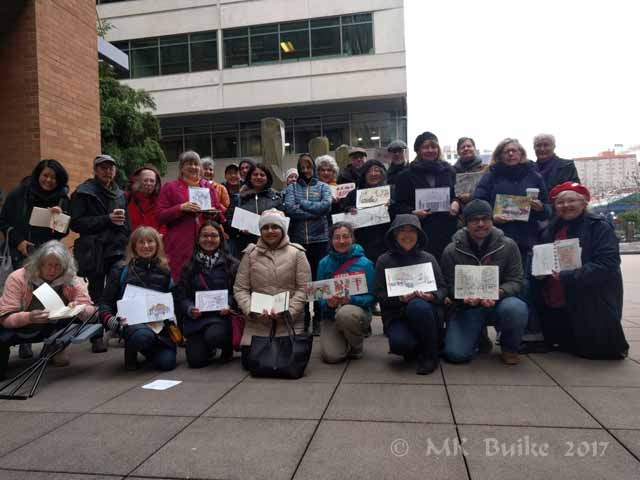