The Holiday Season in Downtown Seattle includes shoppers on the streets, scampering between the stores and restaurants.  Shoppers and decorations in the malls and stores, with banners and poinsettias in Pacific Place.  The Ginger Bread Village at the Sheraton Hotel raising money and awareness for the Juvenile Diabetes Association.  A fun theme this year of all the Harry Potter Books.   And finally this year championship celebrations for the Seattle Sounders winning the MLS Cup! 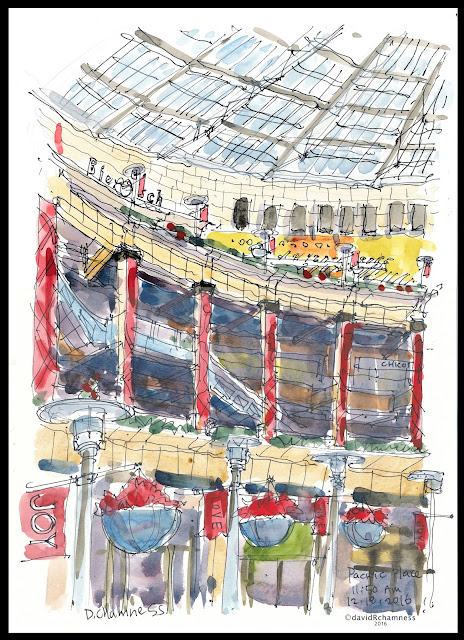 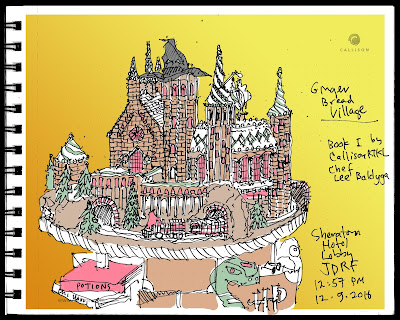 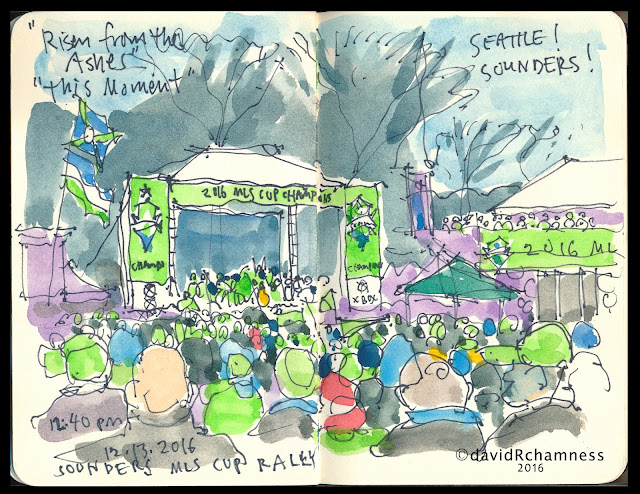