A beautiful cold day in Seattle and the Urban Sketchers went underground for our sketch crawl!  My first sketch was at the mezzanine level of the Pioneer Square Station.  I captured the main vault of the station along with the old counter-balance wheel from when there was a street car going up and down Yesler Way at the turn of the 20th Century.

To get some warmth in my body,  I went  outside to sit in the sun and capture some of the views of the older building in the area.  The graffiti at the bottom left of my sketch is one of my favorite urban art pieces around.  Stop by 2nd Ave S. and Yesler Way sometime to see all the fantastic sea creatures on this building. 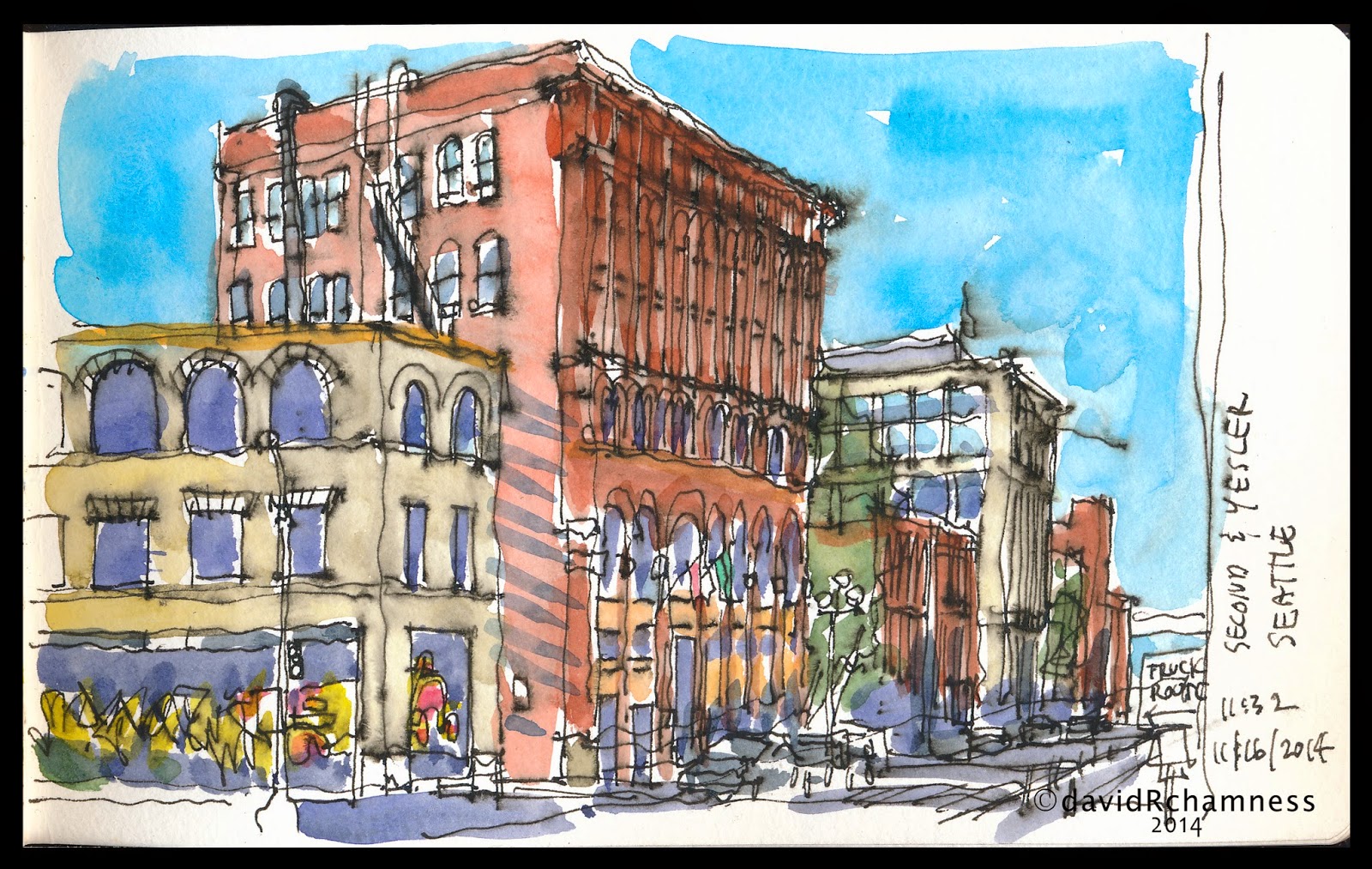 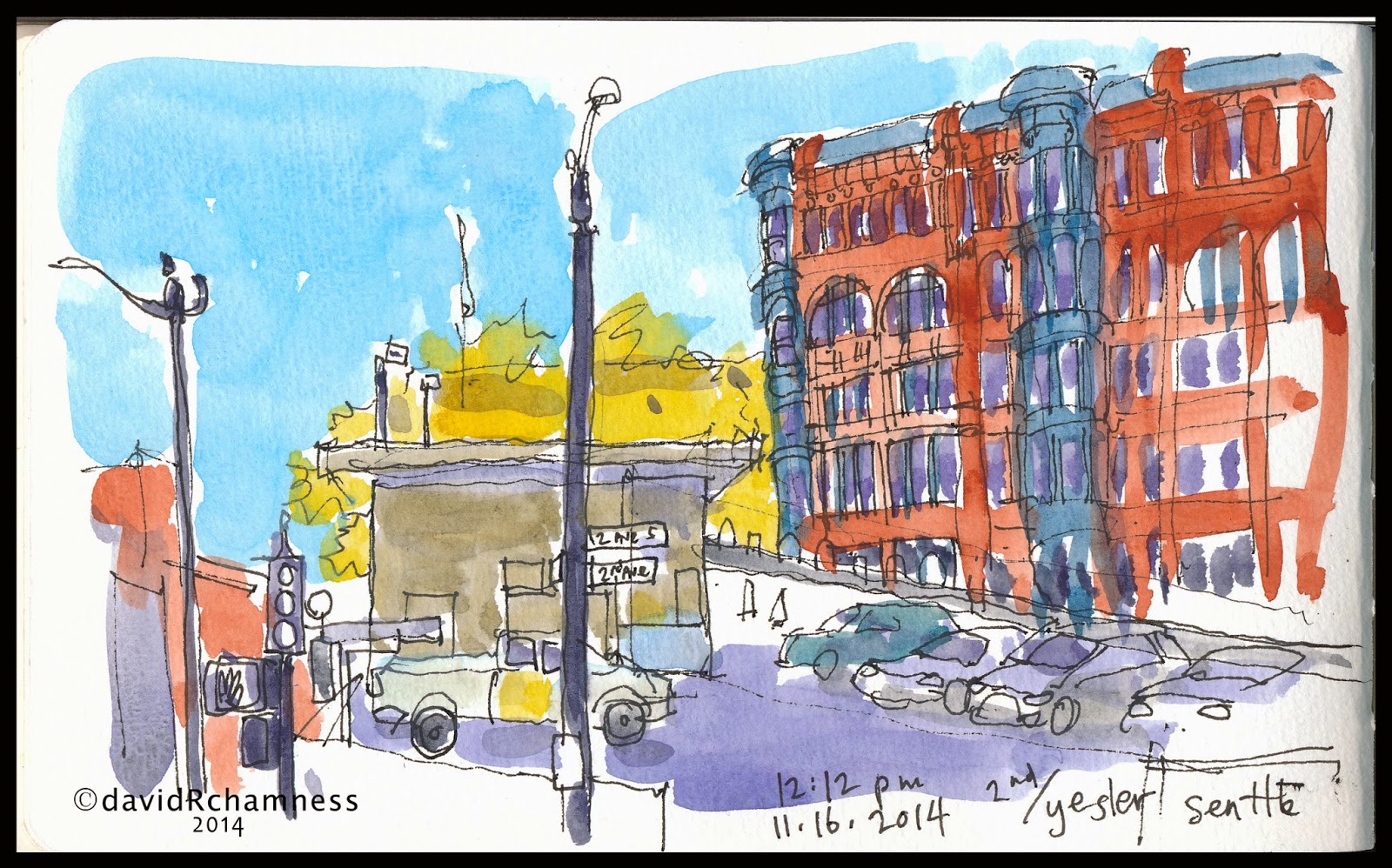