It rained steadily for most of the almost 1.5 hours drive it took me to reach Gas Works Park.  But it seemed to let up once there.  I decided to chance it and sketch the gas works.  I no sooner got most of the ink drawing done when it started to rain.  I later finished the color at home. 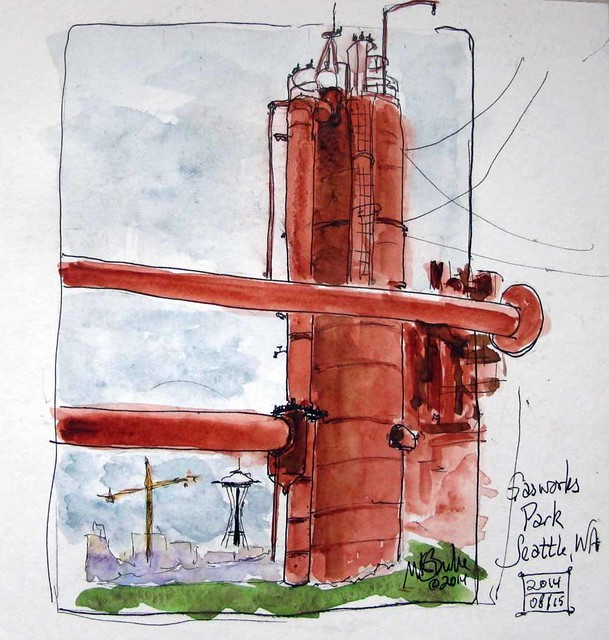 I moved inside to the shelter to sketch some of the colorful machinery. 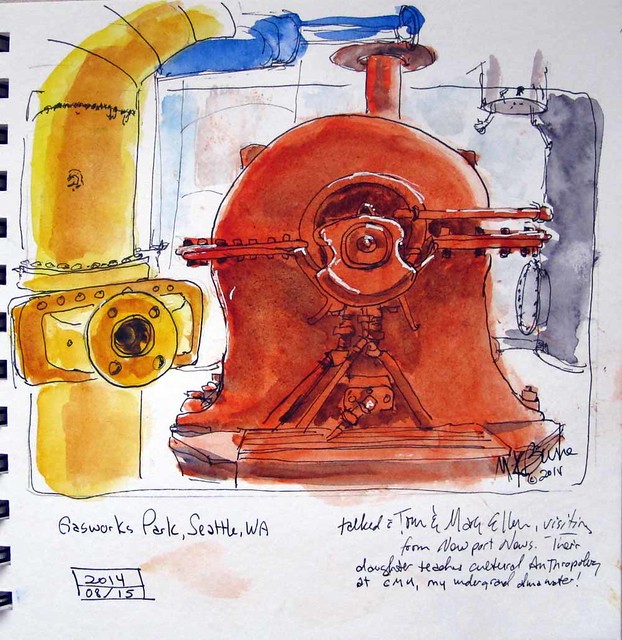 At the end of sharing sketches, we had our usual group photo (one person, Zak, is missing as he had to leave early).  Thanks to Madeleine for taking this photo.