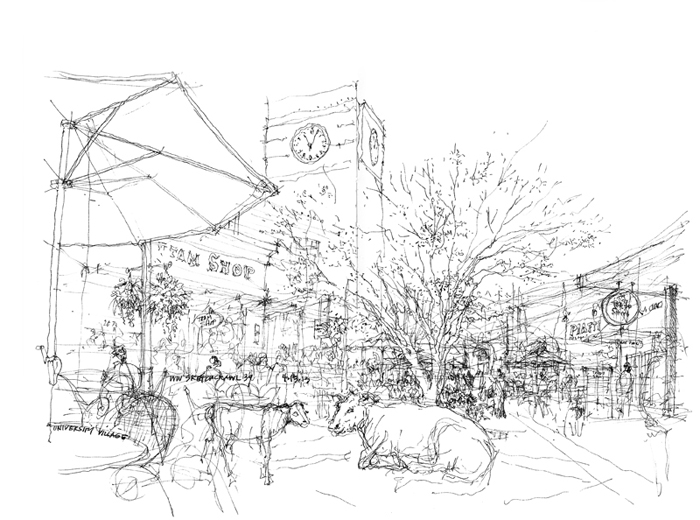 I didn't expect such a large group to gather yesterday at University Village for the 39th WorldWide SketchCrawl but it was warming to see so many enthusiastic sketchers brave the cold, gray day to join in the fun. I drew this scene out in the open after moving one of the many available chairs to get the viewpoint I wanted—the umbrella and table in the left foreground, Tokyo Sweets to the right to complete the framing, the cow, calf and tree in the middle ground, and the shops and tower in the background. It was so cold that I had to keep my hands moving constantly in an effort to keep my fingers warm.
Posted by Frank Ching