Yesterday, Sunday, January 19, I joined Urban Sketchers Seattle at the newly re-opened Burke Museum. The old museum had been torn down and in it's place was this 3 story, massive building.

Since I wasn't sure when I might be back, I spent a good deal of time looking through the exhibits. It's almost overwhelming.

At end we were quite a large group. 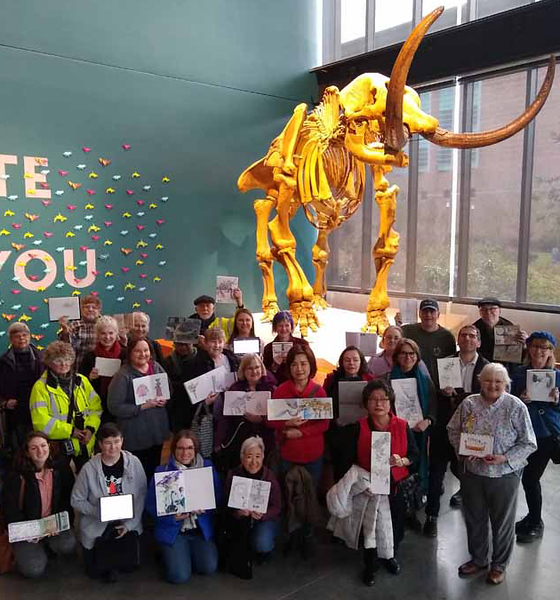 As I spent most of my time wandering, I only did one sketch. Though there was no information about this specific canoe, all the types of paddles were identified. 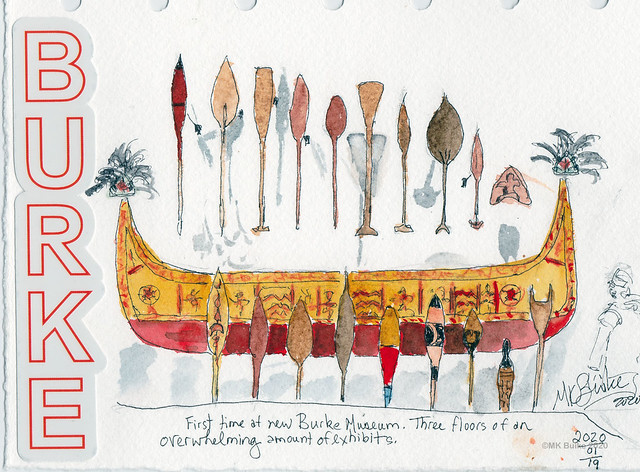