A big reason why USk Seattle meets at Swansons Nursery at least once (and often more than once) a year is that it’s ideal for any kind of weather. And a big reason we like to sketch there in the fall is orange. It was a predominant color in the palettes of many sketchers today, when we had a wide variety of weather conditions.

While it was still dry and not too cold (if one were dressed in down as I was), I found a mandatory pumpkin display and steer skull to sketch outdoors. Near the hay maze, children were invited to plant and water flowers inside pumpkin shells, so I tried to quickly capture one such child . . . though a 10-second “pose” is a challenge even with life-drawing practice. 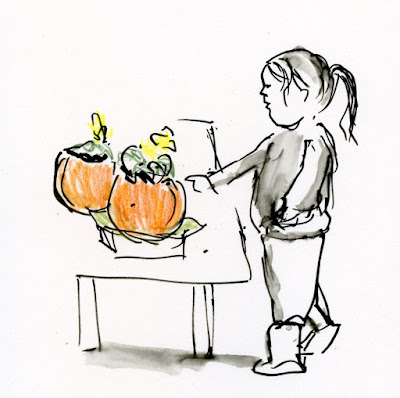 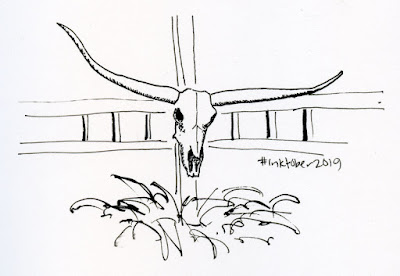 The eventual rain and wind drove most sketchers indoors to the nursery’s café, which is filled with a lush jungle of greenery and even some pink anthurium. Noshing on my scone as I sketched, it was a relaxing way to warm up and chat with other sketchers. 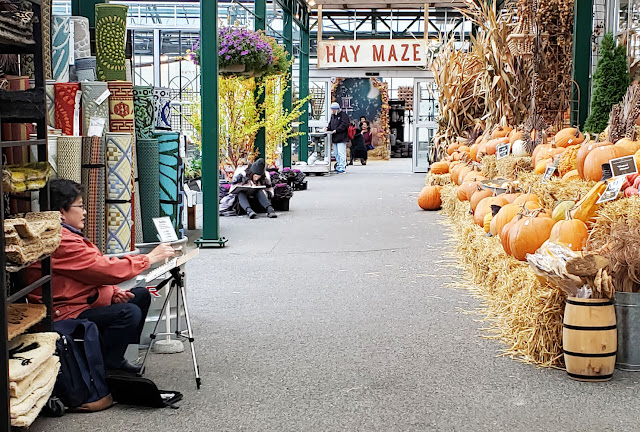 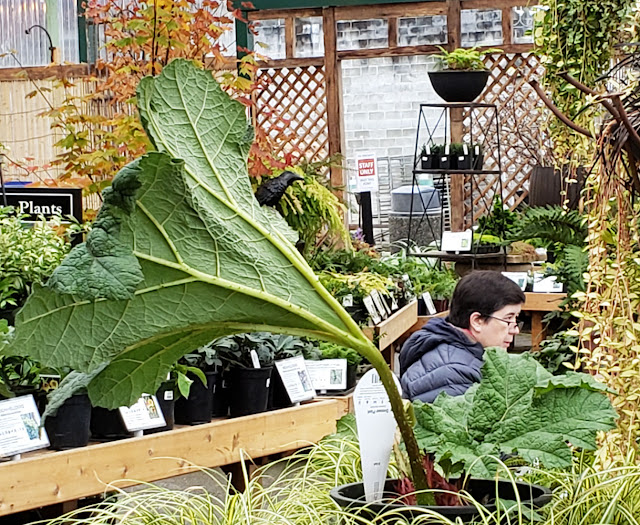 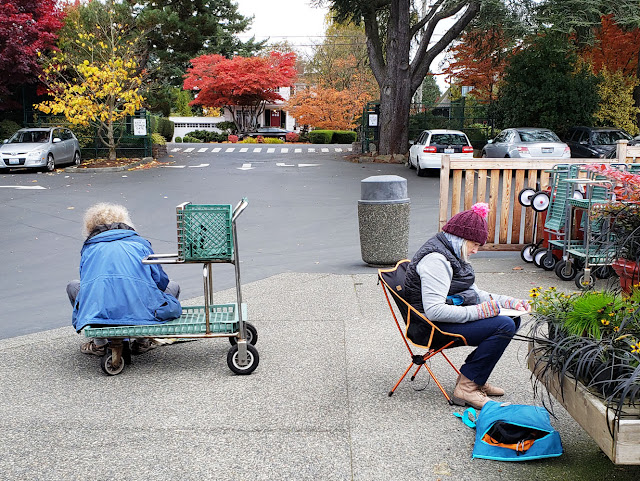 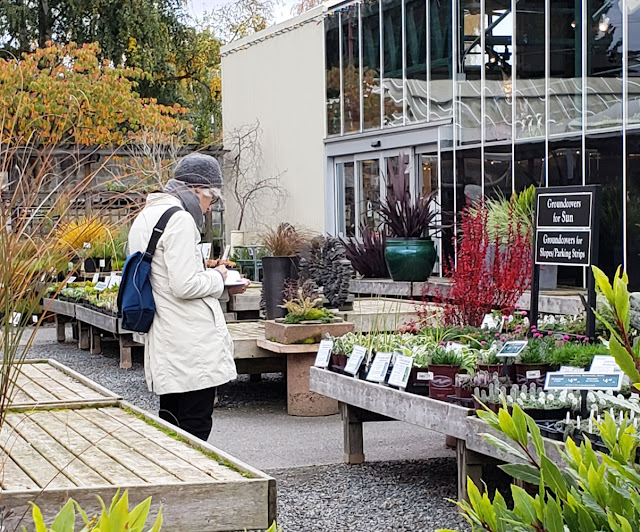 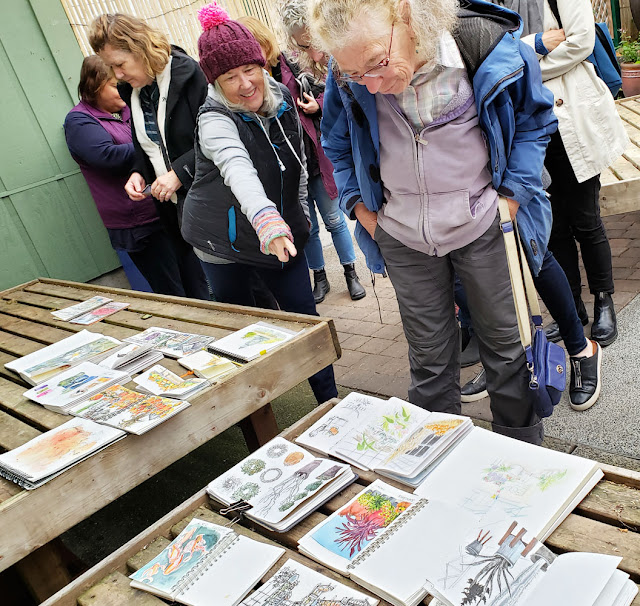