A few years back while visiting New York we stayed in a brownstone on the corner of Jaralemon and Willow It's in a little pocket of a neighborhood called Willowtown, between Cobble Hill and Brooklyn Heights. Nestled in America's first suburb, Brooklyn Heights, Willowtown has it's own identity. It also has a number of distinctive buildings all very old and packed wall-to-wall up and down the street. This group of houses painted in spring-like pastels always catches my eye. So awhen I was there in June I perched myself of the steps of the River Deli to see what I could record.

Just a bit further south on the Valentino Pier in Red Hook, I found some people watching the sun set behind the Statue of Liberty. 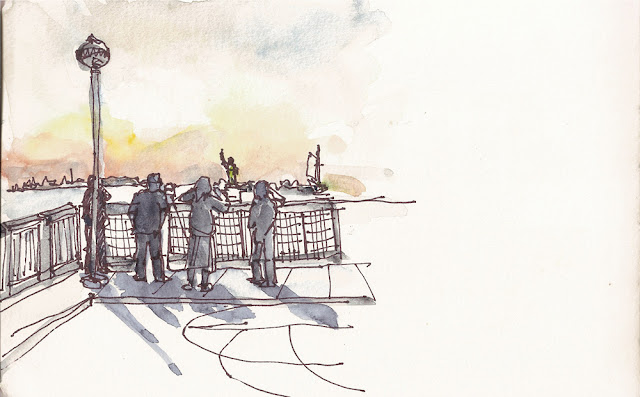