The Contrasts of Christmas

Last week I just couldn't settle down at Winterfest. I was late, missed the opening, forgot my glasses in the car and the whole scene seemed was overwhelming and scattered. One thing that struck me was the number of, what appeared to be, homeless folks hanging out in the Armory. Most of them were sleeping, others snacking or drinking coffee. Some with backpacks and sleeping bags, others just using their arms for a pillow. It was such a contrast to the giltzy decor and festive atmosphere. So after we shared sketches I hung out with Frank B and we sketched people -- in context of course. 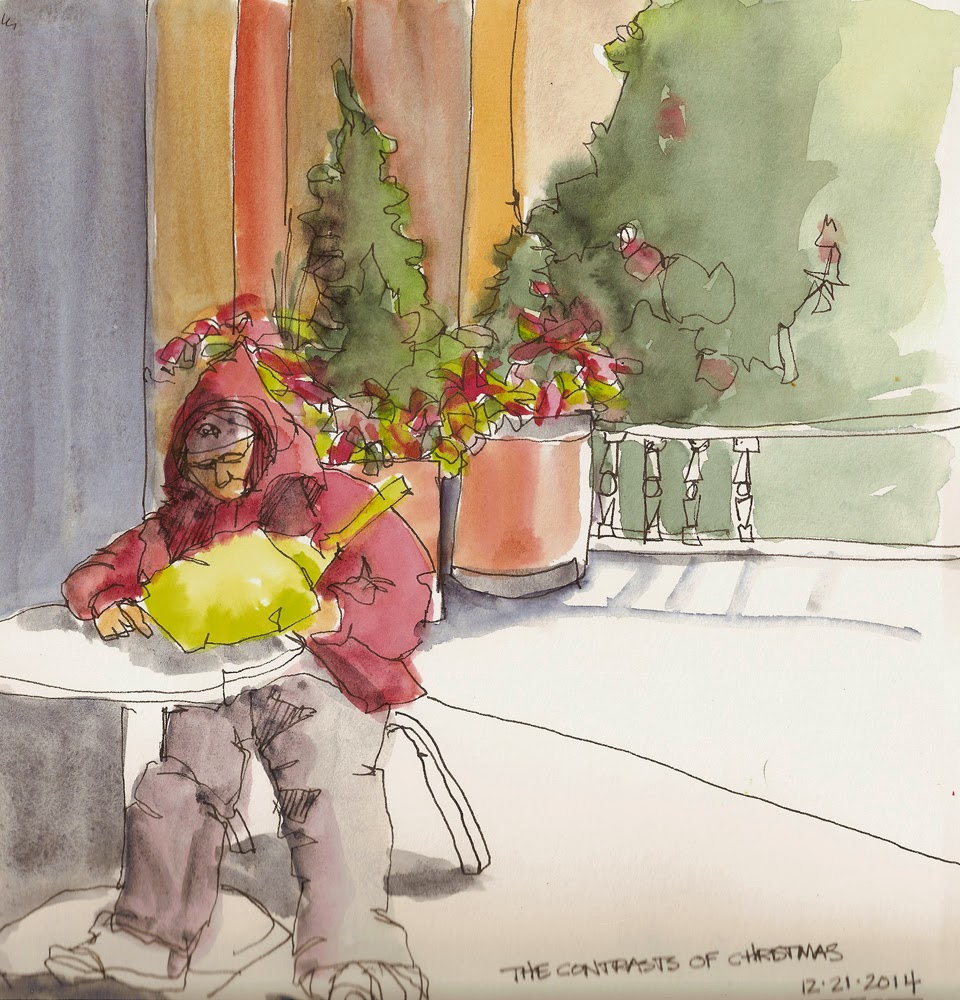