Ever since I learned about the group of women who dress up the Interface sculpture in Coulon park, I've gone down at each holiday to check.  There was nothing at Halloween.

Today, however, I was pleased to see them dressed as I drove past.  I'd expected to see some variation of Thanksgiving Pilgrim garb.  But they were in ordinary  sweat pants and shirts.  Huh?  As I got closer, I realized the center figure was dressed as a referee and the two others each wore a university sweatshirt. 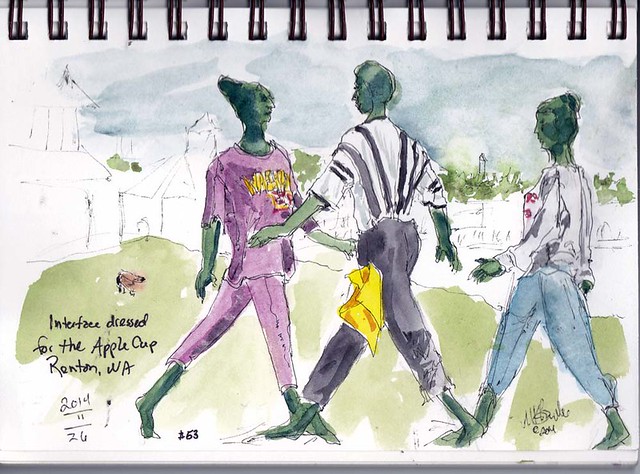 Hope you all have a safe and happy Thanksgiving.
Posted by MK Buike