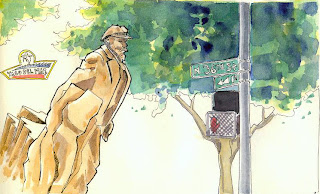 The Fremont district of Seattle has a statue of Lenin brought back from the former Soviet Union years ago. It stirred up controversy originally, now it is just considered art in a quirky artistic neighborhood.
Posted by Mark Ryan