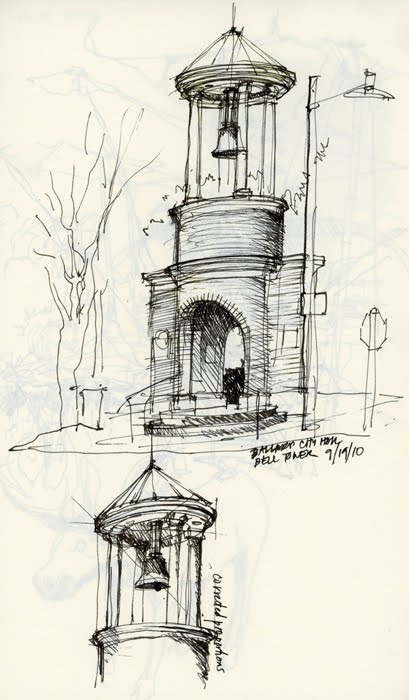 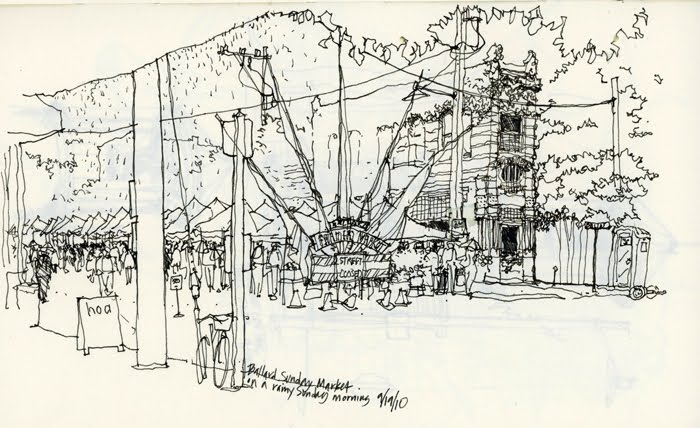 While September is usually a really nice month, this one has been like an early version of October. But I'm really happy about two things—the great turnout we had and the sun finally breaking through. The first sketch of the market is like those already posted, probably because the viewpoint offered some protection from the downpours. In the second image of the Ballard bell tower, I had to redraw the upper portion after I realized I didn't get the proportions right the first time.
Posted by Frank Ching