Thankfully, Saturday’s squall dried up in time for today’s USk Seattle outing at the Central public library, but the wind remained harsh. Even though it was 60 degrees, I bundled up like it was full-on winter and took on the library’s crazy angles. It was fun to see several other sketchers bravely taking it on, too!

Seattle Central Library is a formidable architectural beast. I’ve sketched inside the library many times, but I’ve sketched its exterior only one other time back in 2017 from the Fourth and Madison corner. This time I walked one block north to Fourth and Spring (top of page). Knowing that I probably wouldn’t get all those angles right, I had only one goal: To scale it proportionally on my sketchbook page. I think I did, but my 2017 sketch is livelier.

In the mood for more torture, I walked up the hill to Fifth and Madison to sketch the library again, this time at thumbnail size (left). Although this sketch is wonkier, I like it more than the first try.

With 20 minutes left until the throwdown, I looked around for something I could finish in that time: George Tsutakawa’s “Fountain of Wisdom” in front of the library’s Fourth Avenue entrance. The wind was so strong that the water was spraying sideways as much as flowing down!

As I write this on late Sunday afternoon, the pouring rain is back, this time punctuated by thunder. USk Seattle leads a charmed life. 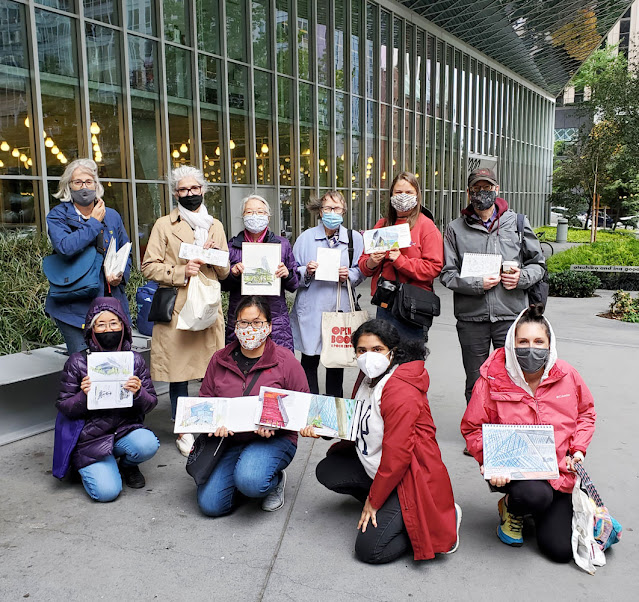 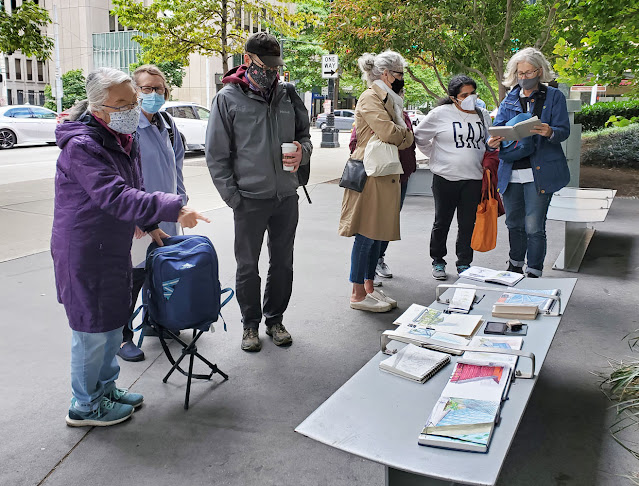