The Jules Maes Saloon in the Georgetown neighborhood closed in March after 132 years.  It was one of the oldest bars in Seattle.  I only learned of the permanent closure this week so went to sketch it before the exterior changed.

I sketched in the shade on the sidewalk across the street. This is one of only a couple times I've sketched outside my car since March. I wore a mask for the longest period yet, about an hour.

It closed during the WA Phase 1 shut down. Per a PI report, it closed permanently last week, in part due to a 27% increase in rent. The Georgetown neighborhood used to be industrial funky but has started to gentrify a bit. The owner said he might try to relocate to White Center.

There are murals on the south side, including a Henry. The white mural in my sketch is by @overallcreative 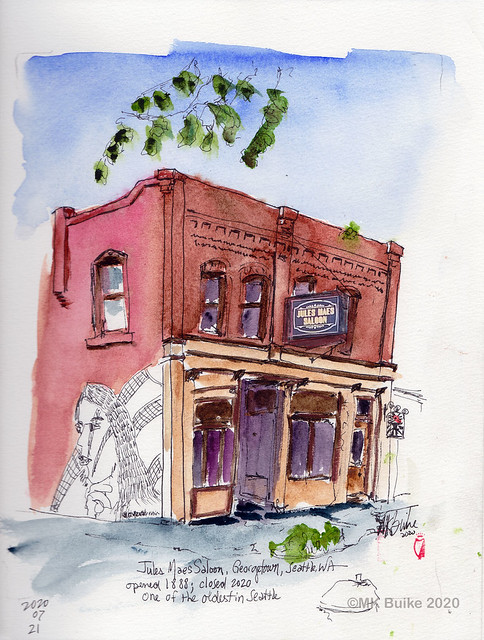