Dancers and Skaters at Winterfest

The Seattle Center Armory is always a people place, and no more so than during the holidays. Although the turn-of-the-20th-century model train and village are the centerpiece of the festivities, and I spent my last 15 minutes there (top of post), I was in the mood to make small gesture studies of people.

Beginning with a troupe of young dancers on the stage, I filled a page with their movements (and caught a few kids in the audience, too). 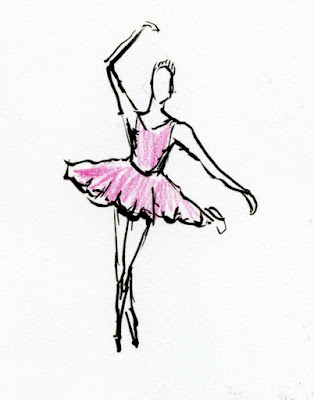 The real fun was in Fisher Pavilion, which had been turned into an ice skating rink for the holidays. I had déjà vu of another outing with USk Seattle almost exactly seven years ago, when I attempted to capture figures on the ice for the first time. I applaud my attempt back then to take the broader view of the rink itself. Today I decided to simply focus on capturing all the different gestures I saw: the wobbly first timers using blue walker-like devices for stability; experienced skaters who sped around the small rink as fast as they could; beginners who gained confidence even as I watched. When Carol saw the rink, she put away her sketchbook and put on skates instead! I was so impressed to see her on the ice that I naturally sketched her, too. 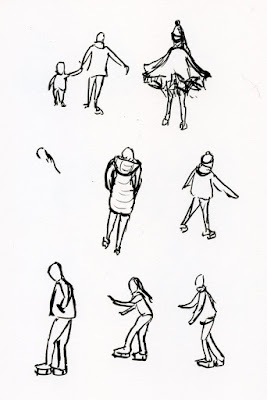 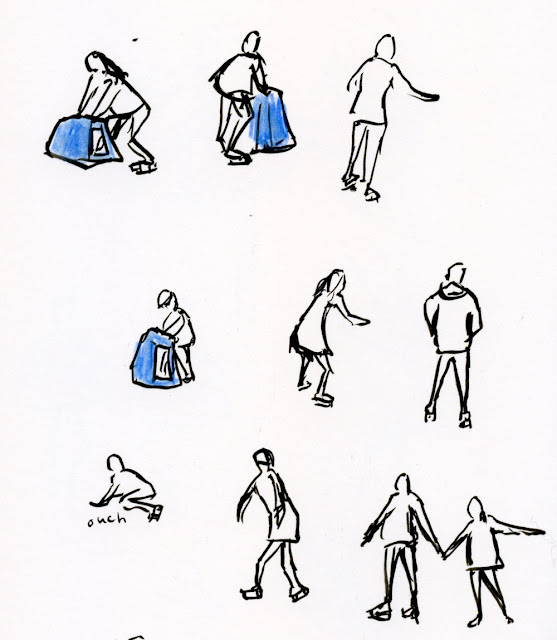 Notice anything unusual about our group selfie below? I’m actually in the frame instead of photobombing myself! I got a new phone recently, and it made my arm grow longer! 😉 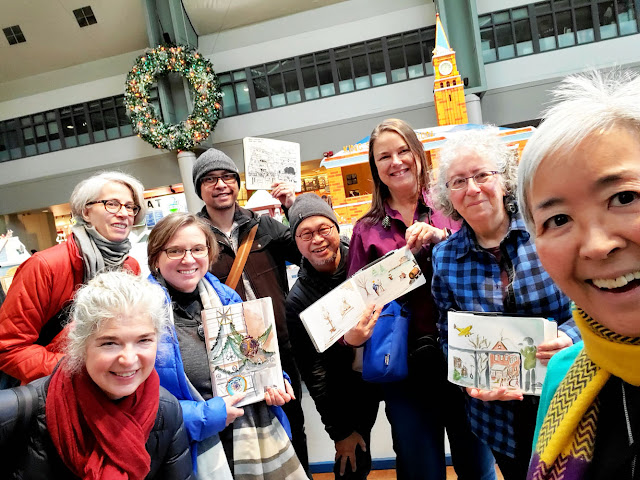 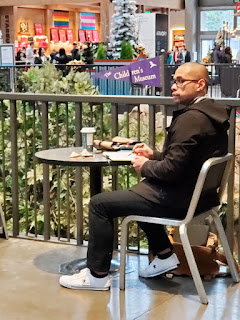 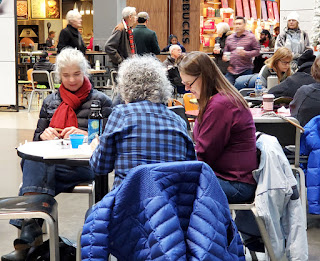