Fremont Bridge and the Rocket

As many times as I’ve sketched in the Fremont neighborhood, I’ve done the historic Fremont Bridge only once, and it was years ago. With USk Seattle’s sketch outing centered on the Lake Washington Ship Canal area, it was high time to sketch it again. This time I climbed partway up the stairway, which gave me a good view of the bright blue and orange towers. According to Wikipedia, “due to its low vessel clearance of 30 feet, the Fremont Bridge opens an average of 35 times a day, which makes it the most frequently opened drawbridge in the United States and one of the busiest bascule bridges in the world.” No wonder Fremont is the Center of the Universe. Even as I sketched this, the drawbridge opened twice. One of these days I need to sketch it open, though I’d have to be quick – it stays open for only a few minutes at a time. 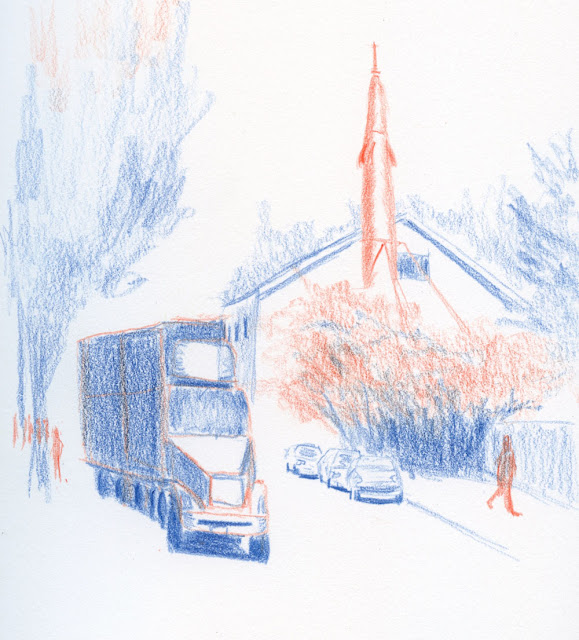 Another Fremont icon that I’ve sketched only once before is the Rocket. Last time, I stood right in its shadow with the benefit of strong sunlight. On this overcast morning, I didn’t feel like sketching a light gray rocket against a light gray sky, so my vermilion/Prussian Blue editing pencil came to the rescue. (To those unfamiliar with the Center of the Universe, it probably looks like a church steeple.) Just as I was lamenting the empty spot near the center of the composition, a huge truck came by to unload a delivery to a nearby merchant. It stayed just long enough for me to fill the boring space with its girth.

Despite the chilly morning, it was great to see the strong turnout in Fremont with several new faces! 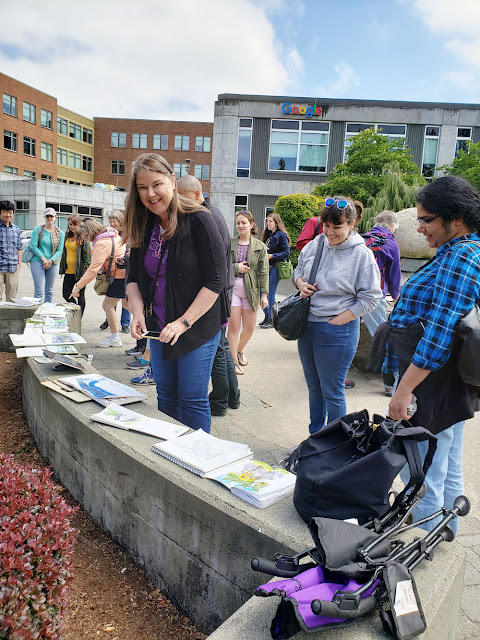 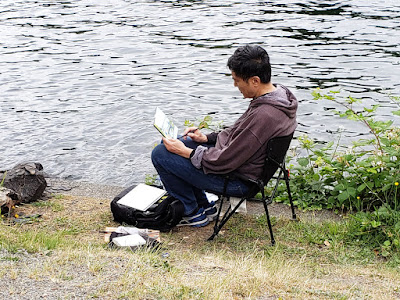 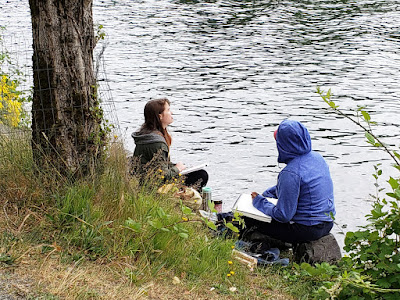 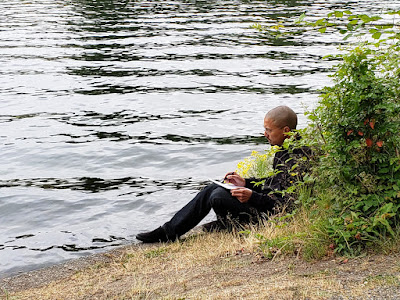 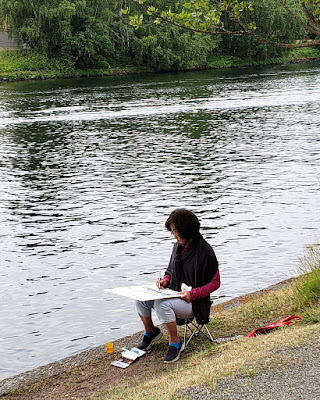