Back in 2013 in the early days of the Friday sketchers, we met at the old Nordic Heritage Museum. A bit dark and dingy, the old building in Ballard had a small selection of traditional artifacts and historic exhibits. In fact, the brightest spot was a large hallway display of architectural renderings by Stephanie Bower (see below) showing what the new Nordic Museum building would look like when it was completed in 2018.

That seemed like a long way off, but today we completed that circle when USk Seattle met at the newly reopened Nordic Museum near Salmon Bay. A far cry from the old one, the new building is large, modern and bright. Although brilliantly sunny this morning, the temperature was only in the high 30s, but Michele and I decided to bundle up for a sketch of the back of the building from the parking lot. Sketching dark glass and steel that met at sharp angles, I experienced strong déjà vu of last August when I sketched the newly reopened Bell Museum in St. Paul, which had also started out in a dark, dingy building.

In addition to the usual museum visitors crowd, many people were there for Julefest, a holiday tradition in its 41st year. Enjoying traditional music wafting out from the auditorium tent as we sketched, Michele and I were going to make that our next stop. Just as we found seats and pulled out our pens, though, the musicians stopped and took a break. We began wandering among the Julefest vendors and got distracted by all manner of cashmere scarves (which we bought!), grog, handcrafted ornaments and Viking horns, not to mention the museum exhibits themselves.

Whew! With all of that grabbing for my attention, it’s amazing that I got a second sketch done at all! Walkway bridges on the upper level connect opposite sides of the building. I picked one to peer over and sketched people queued up for food and shopping for scarves and hats.

I barely skimmed the surface of all that the Nordic Museum has to offer, so I’m definitely planning to return later for a more thorough look. 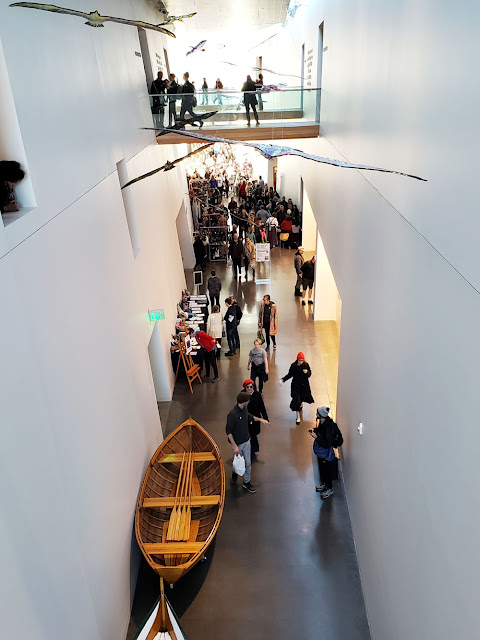 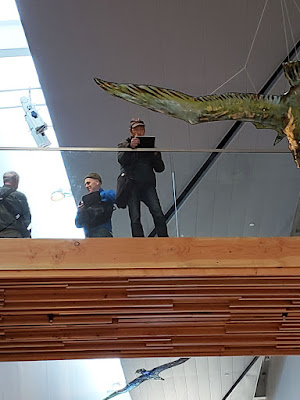 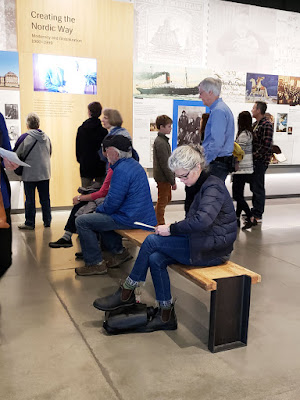 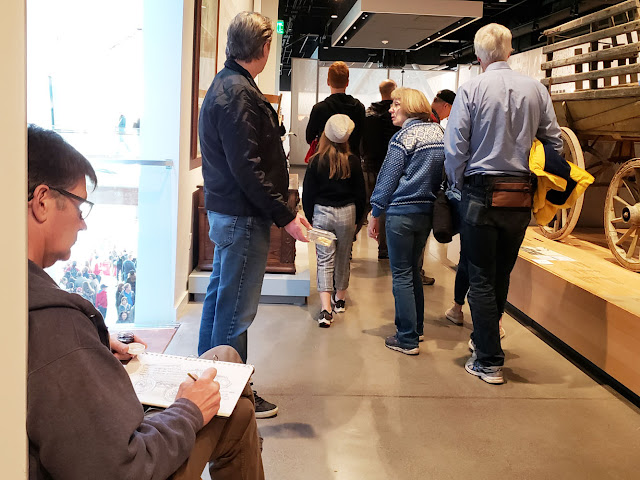 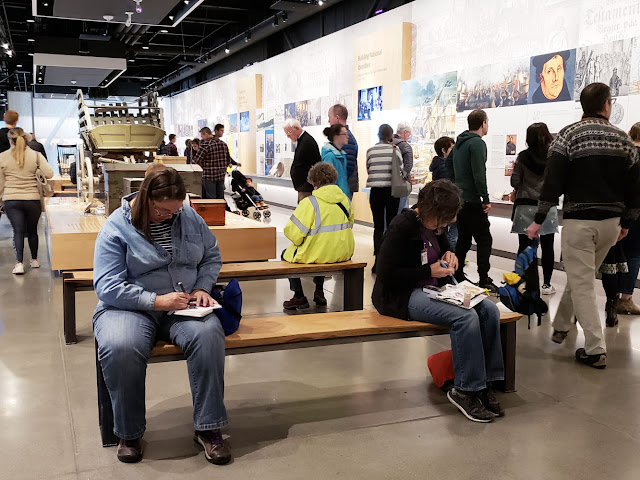