After a phenomenal week of sunshine and record-breaking heat yesterday, today dawned cloudy with a chance of rain, which normally would have been disappointing for our sketch outing in West Seattle. I was eager, however, to apply the concepts I learned last week in Andika’s workshop, so I didn’t mind staying indoors at Top Pot Doughnuts.

It was only after I sat down with coffee and an apple fritter and looked around the room that I began to realize something strange: Top Pot has no right angles! The walls, the almost-L-shaped bar, the funky, partially rounded ceiling trim – everything is slightly askew.

Fortified with fat, sugar and caffeine, I attacked the room, grumbling and occasionally muttering, What would Andika do? I had planned to put at least some of my doughnut into the sketch, but it took me a full two hours to do the sketch, so the doughnut didn’t have a chance. 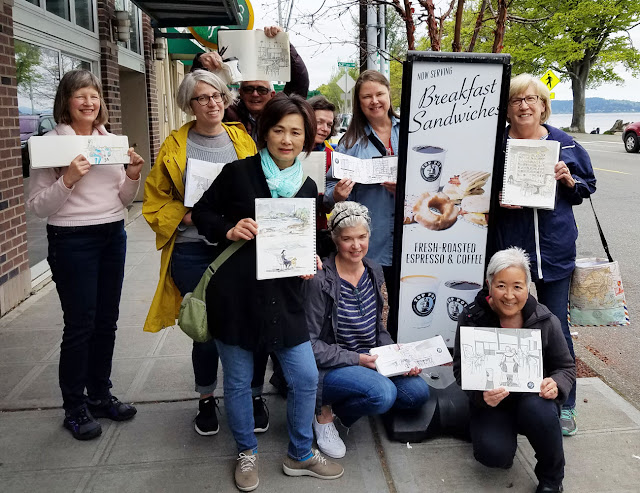