The Friday group met at Union Station this morning.   I'd sketched the cavernous, arched ceiling before.  I looked for an interesting detail and found it in the anachronistic pay telephone booths!  It helped that they were encased in a nice stand. 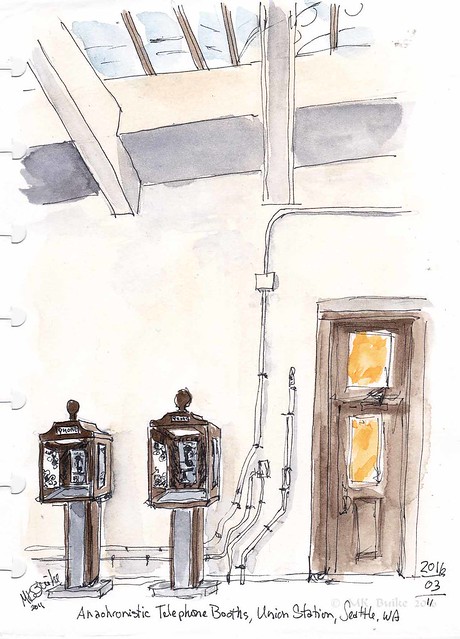 It was sunny, if a little chilly, outside so I went to find the pocket park I'd noticed before.  It was between the Vulcan building and Union Station.  There was a good view across the way of buildings, construction and the clock tower of King Street Station reflected in the slanted glass of Vulcan. 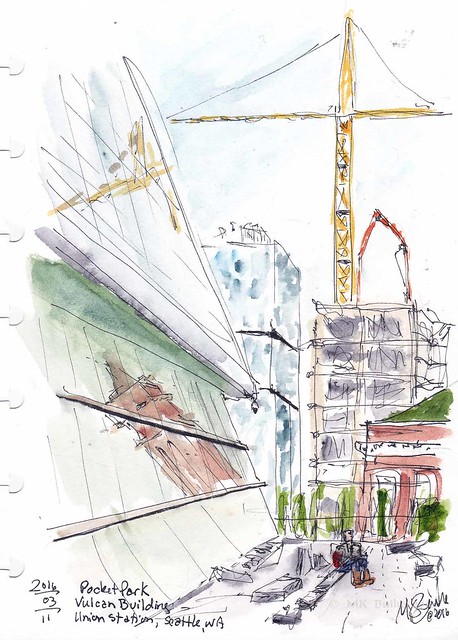 Sketchers around the building 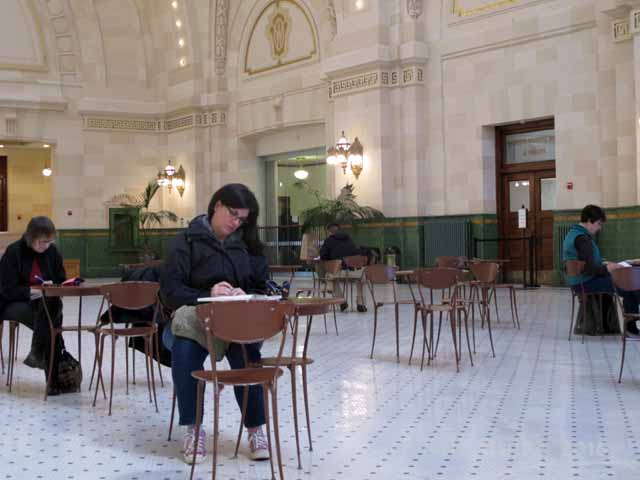