This is the 2nd time I've sketched the boots which are now located at Oxbow Park. I get lost walking around the neighborhood every time I try to find them. The Hat and Boots remind me of my dad because he used to like to stop at the gas station where they originally were when I was a kid. I think I'm going to try to find some just like them to wear. Today there were a lot of kids running around  the park and people who took turns sitting on the boots. While I was sketching I heard a sound behind me like a water fountain and discovered a little 3 or so year old boy had decided to reenact the Brussels Peeing Boy fountain and was using me as a target. Almost had an unusual bit of mixed media but managed to just miss the line of fire. 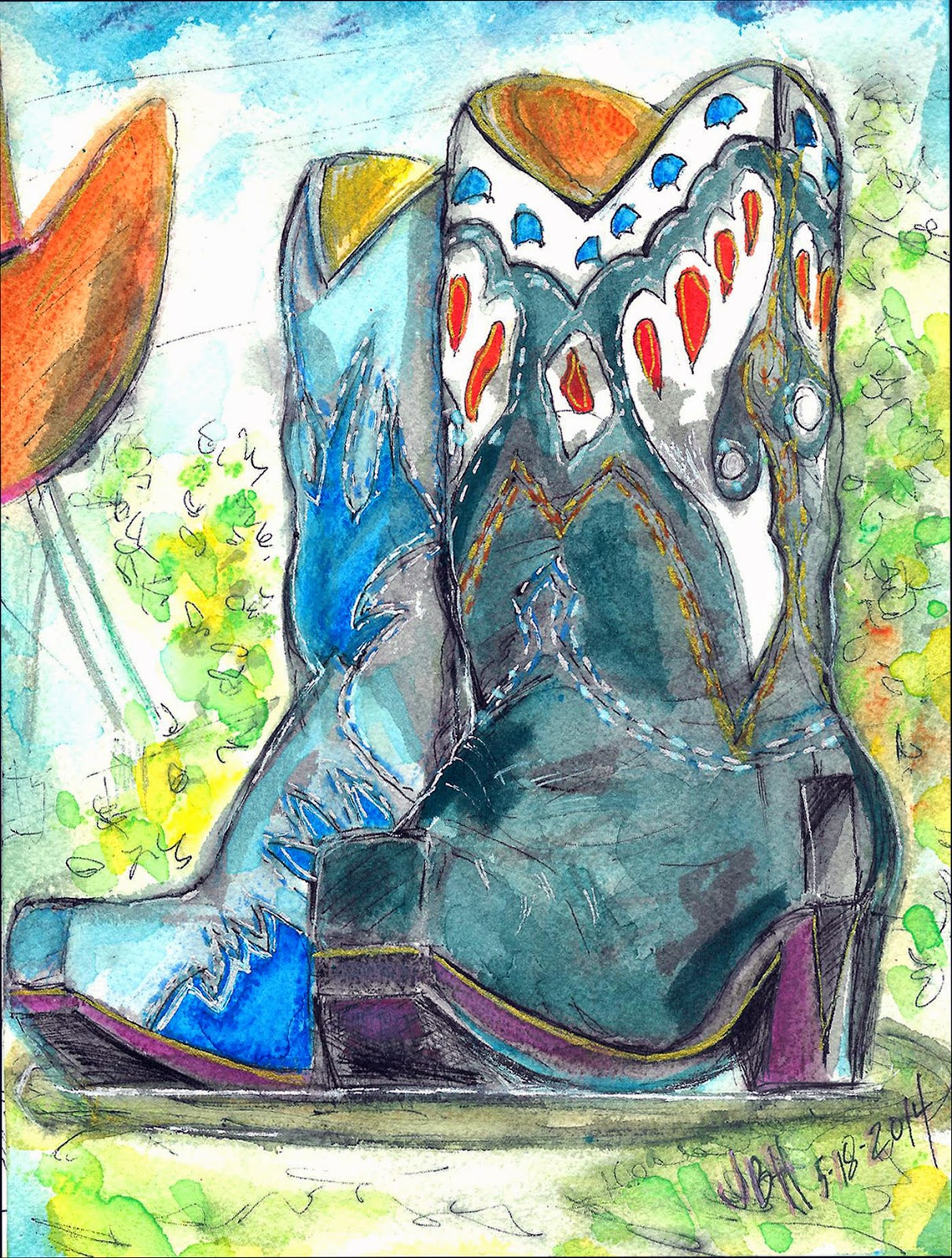 I'm also reposting the sketch I did the first time in August 2012. 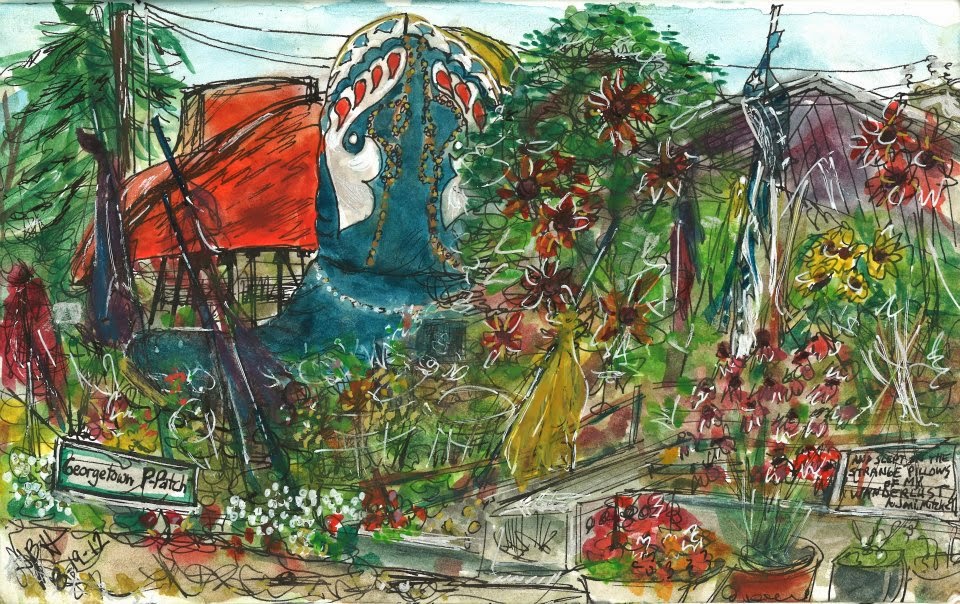