King Street Station for Real, or not... 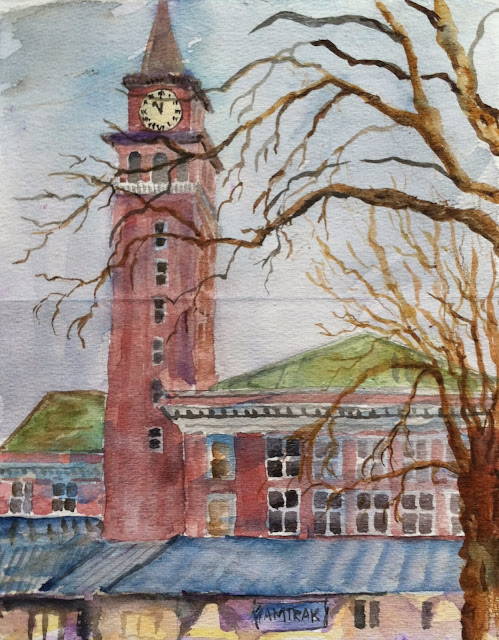 December's meeting of the Seattle Sketchers was held at the King Street Station.  I arrived early, found a great parking spot (it was Sunday morning, after all!!) and decided to sketch the station from my car.

Yesterday, I joined an ad-hoc group of sketchers at the Seattle Center House, where the Winter Festival was happening.  One of the larger displays was a model railroad with a station and a little village, complete with a hot air balloon that magically took off and floated above the village.  Of course, the "station" was modeled after our own Amtrak King Street Station!   I felt compelled to sketch the model, the clock tower now becoming a well-known identifier. 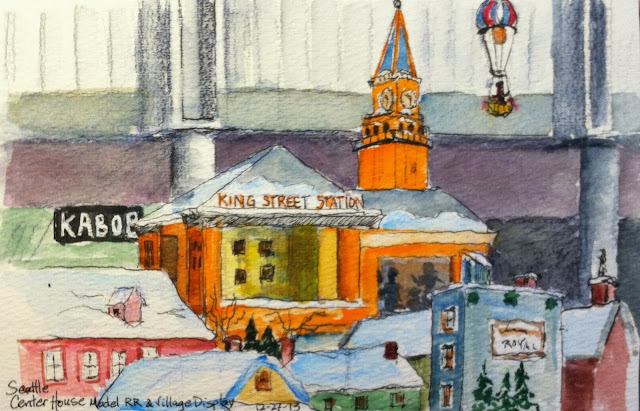 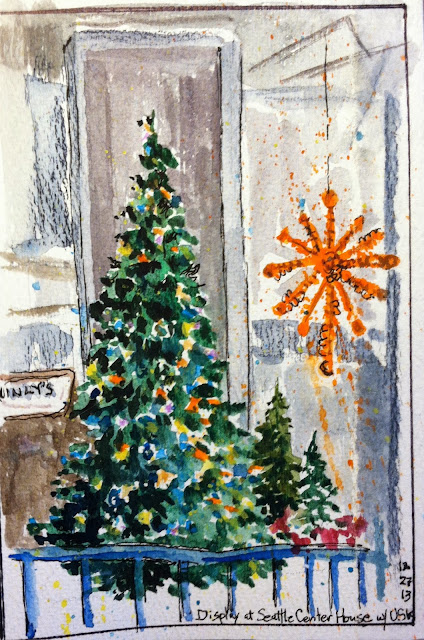 Actually, when I sat down to sketch, I was attracted to the large Christmas tree, with a huge, star of orange lights hanging in an alcove next to the tree. I decided to attempt a quick sketch in the time remaining, since drawing trees is almost second nature to me.
Posted by Peggy Haug