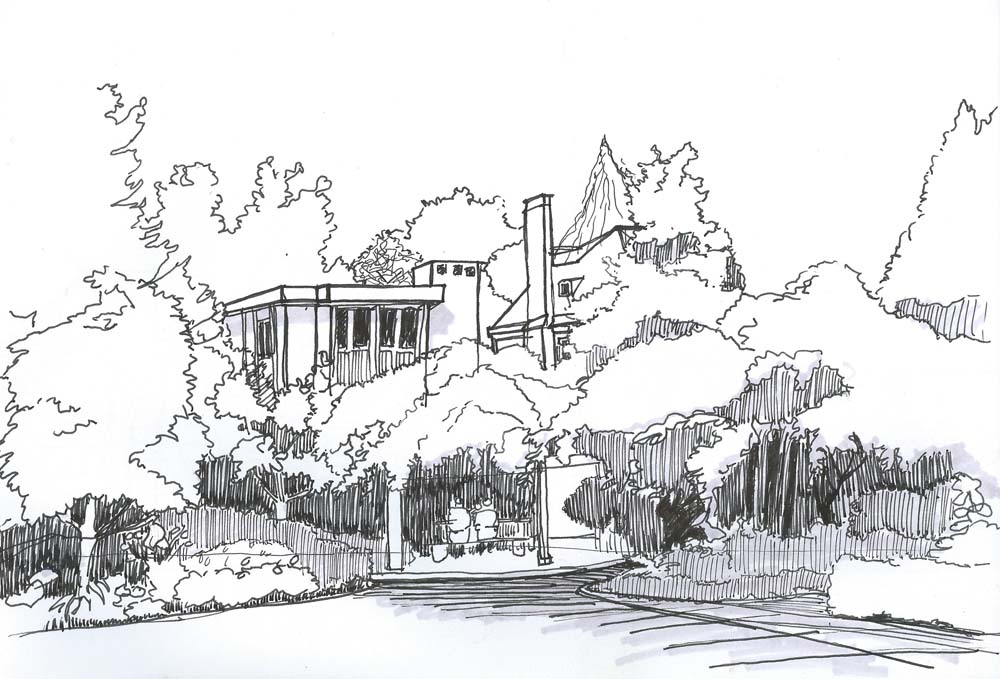 Seattle's most precarious neighborhood, Queen Anne towers over the Seattle Science Center. Rows of apartments and luxury homes stacked all the way to the top, where parks, gardens and trails provide a retreat in the clouds from downtown Seattle. The hill is topped by Seattle's three primary TV towers, which provide a unique marker for this Seattle neighborhood.
One of my favorite spots on Queen Anne is Parsons Garden. This small garden was donated to the city in 1957 by the Parsons family. The small corner lot now offers a lush urban retreat. What I particularly enjoy about the park is the variety of plant material and the quality of care exhibited in the park. Notable plants include two weeping flowering cherries that dominate the central lawn area and several fine specimens of hinoki cedar. 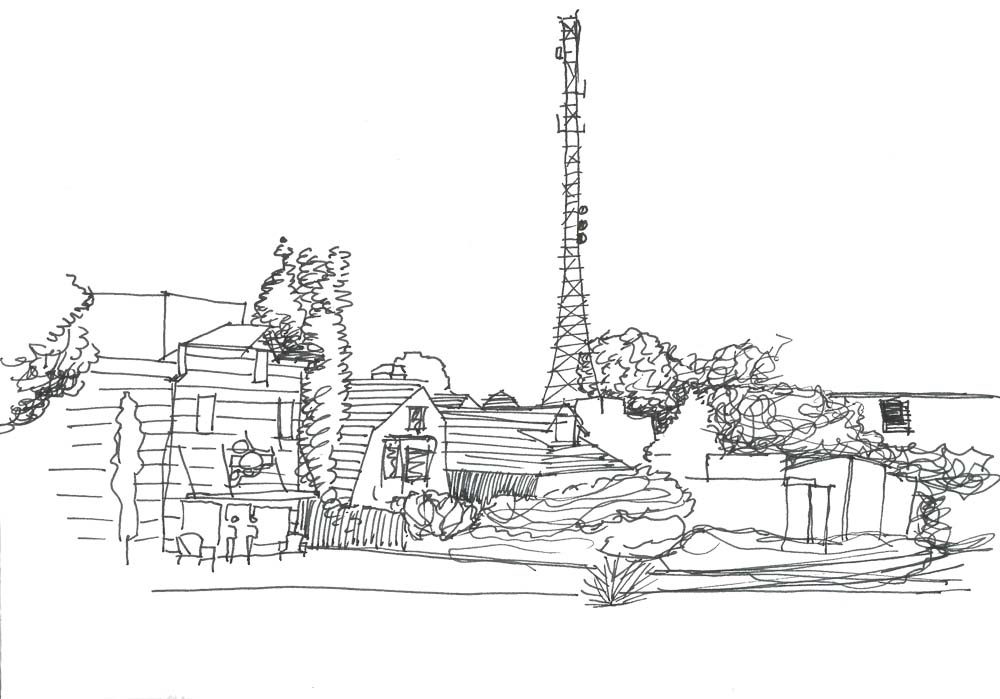 Queen Anne's most distinctive features are the three TV towers on its crown. Between 564 and 609  feet tall, the transmission towers help to spread television broadcasts across Western Washington. In the early 1950s, a bitter rivalry existed between Seattle's primary stations--KOMO TV, KIRO 7 and KING 5--as they vied for control of the local bandwidth. The completion of these transmission towers to utilize this bandwidth was a central piece of this struggle. KIRO 7 and KING 5 both completed their transmission towers in 1954, with KIRO TV completing its tower in 1958.
Posted by Logan