We met at the Washelli Cemetery on this cool morning.  There are so many interesting monuments to sketch in this large complex.

The American Doughboy is a WWI memorial sculpted by Alonzo victor Lewis.  It was unveiled on 5/30/1932 originally located in front of the Civic Auditorium but moved to Veterans Hall in 1962.  Then in 1998 it was moved to its current location.

In the military section of Washelli there are veterans of the Civil War, the Spanish American War, World War I, World War II, the Korean conflict and the Vietnam War as well as other periods of service. 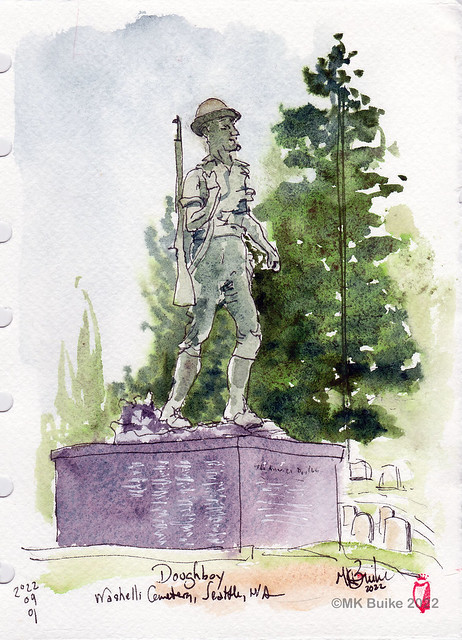 There is a controversy surrounding the statue.  "The sculpted, smiling U.S. infantryman once had two German helmets slung over his shoulder. The helmets were cut off surreptitiously decades ago".

I couldn't find out anything about this memorial to the Quiring family, other than they seem to sculpt memorials!  It's a modern version of an angel.  The monument on the hill is for Thomas Burke.  That's Ray sitting under it, sketching. 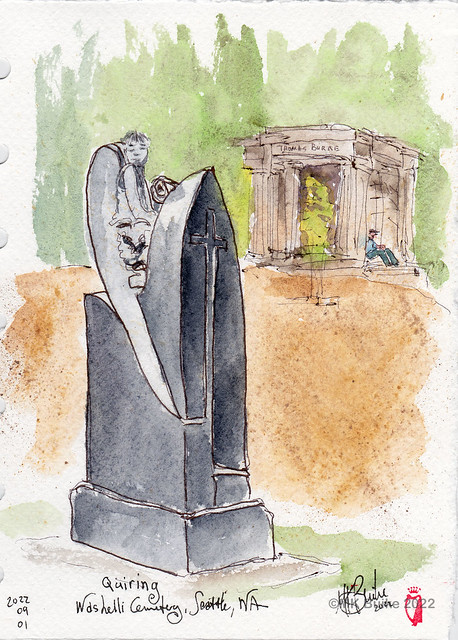 In the Greek Orthodox section is this memorial to the Reverend Dr. A. Homer Demopulos, pastor of St. Demetrios Church from 1968-1993.  There was a particularly large cluster of crows in this area.  Many of them are molting. 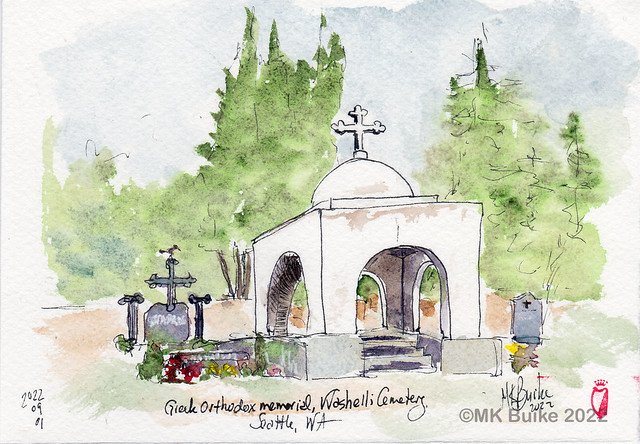