Yesterday we celebrated Earth Day by joining Urban Sketchers worldwide 'There is no planet B to draw'.  Hashtag USk4Earth.  We visited the Kubota Japanese Garden south of Seattle.

We were at least 21 people, including several first timers and April, visiting from Vancouver!

I don't live far from the garden and have been there often.  I first chose a spot with two other sketchers with a view of a stone lantern and tiny waterfall from the pond.  This is in the new 100% cotton Hahnemühle watercolor sketchbook. I'm still deciding whether I like it. 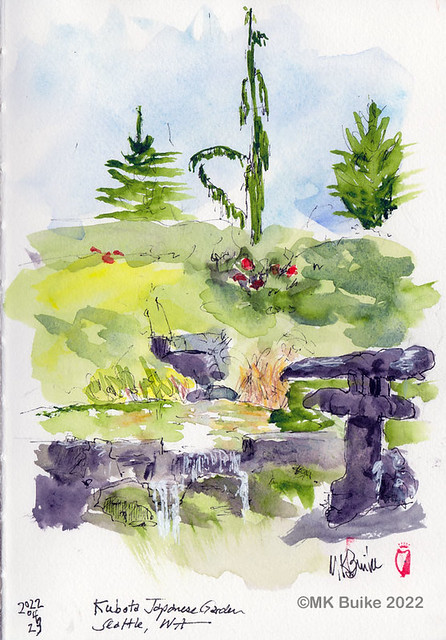 As I wandered slowly back to our throw down spot, I noticed this scene with the Terrace Overlook. I spent less than 10 minutes doing the ink sketch and colored it later. 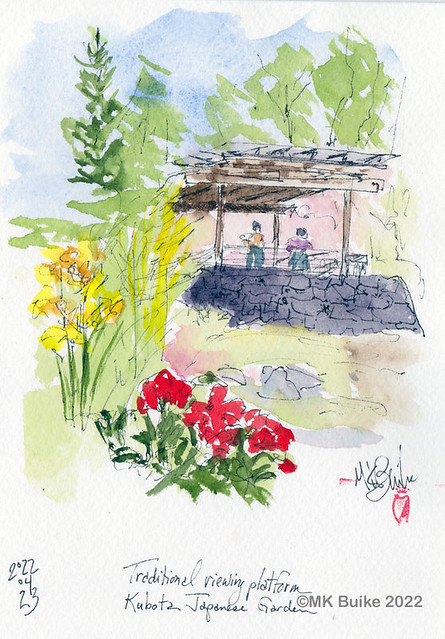