This is the 5th year in a row that the Friday group of Urban Sketchers Seattle has sketched at the Wintergrass Bluegrass Festival in Bellevue, WA (across the lake from Seattle). It was our friend, Lynn, who first suggested it but she has sadly moved away.

This outing I completed what I think is a record number of sketches. Three of them were in the small, 5.5x5.5 square Pentalic Aqua book. There was also another milestone. I did not use pencil on any of these! All were drawn in ink with the Lamy joy pen.

There were a few new sketchers today. Welcome to all!  we had the sketchbook "throw down" and then a group photo and the end of the outing.

One or two are missing from the photo.

As usual, my carpool arrived early so I sketched one of the festival attendees sitting across from me in the atrium. 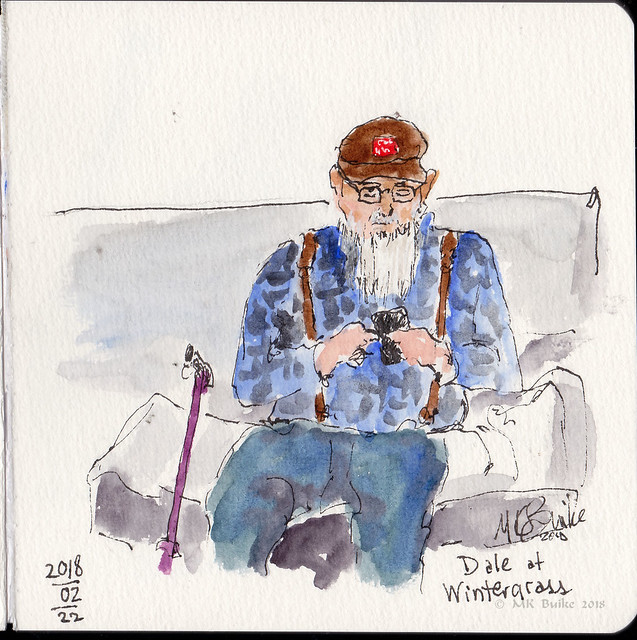 I found a group jamming in a convenient location with a bench on which I could sit. It's so much fun to listen to good, lively, music while sketching! 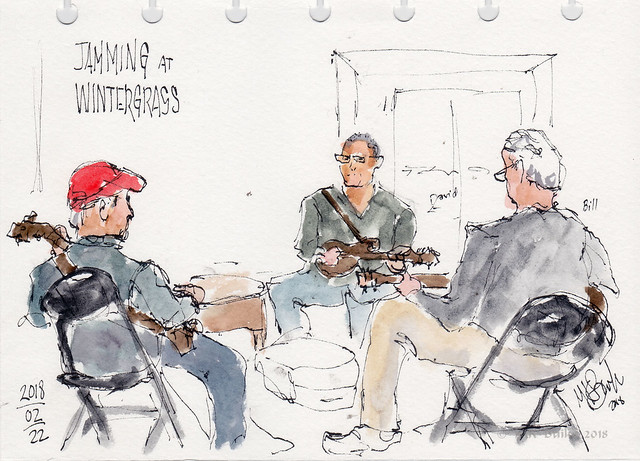 During my first walk about, I noticed two vendors of interest. I went back later.  Patrick, of Doc's Banjos,  played one of his banjos while I sketched. Even Daniel Smith's Quinacridone gold couldn't portray the luminosity of the skin on his banjos! He dyes them himself. 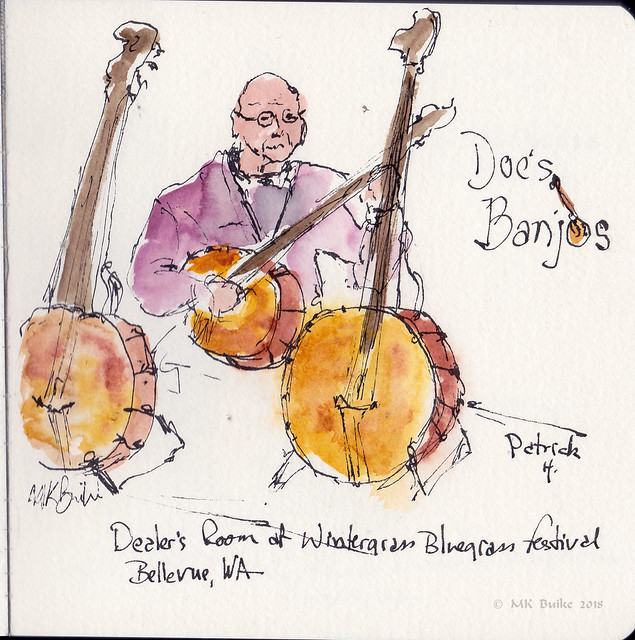 Bent Twig Guitars came all the way from Montana. I was fascinated by the sculpture displayed on their table. I added Brady into my sketch. 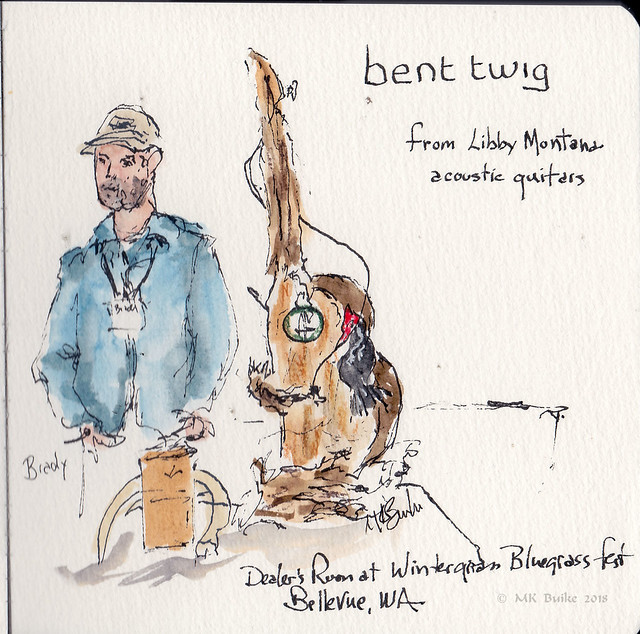