Not shopping on Black Friday

It would seem that sketchers don't care much for Black Friday shopping. Our Friday group is often just 8-12 sketchers. Today we had almost 30. It might also be that many working folk had the day off.

I arrived at the Burke Museum about an hour early due to surprisingly light traffic. I've always wanted to sketch the UW Observatory. Given that it wasn't raining and was also not too cold, this seemed the perfect chance to do so.  "The Theodor Jacobsen Observatory is the second-oldest structure on the campus. Built in 1895, the Observatory with its 120-year old, 6-inch refracting telescope is still offering celestial views of the wonders of the Universe." 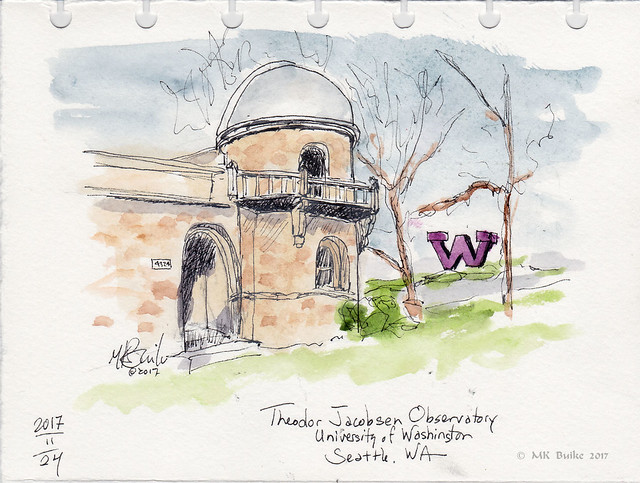 My main goal for this sketch outing at the Burke was their new exhibit...exhibiting the staff at work! Last year the museum acquired a T Rex skull. I've been waiting for it to be on exhibit and now it is, in a way. In a room walled in glass a staff person works on preparing it for exhibit. When the Museum opened, there was no one there. I thought perhaps it was a day off. So I sketched the skull in the framework from a view I thought most likely to also show the worker, if they came in. And so, about noon, a woman arrived and began work. I hastily added her in to the sketch. 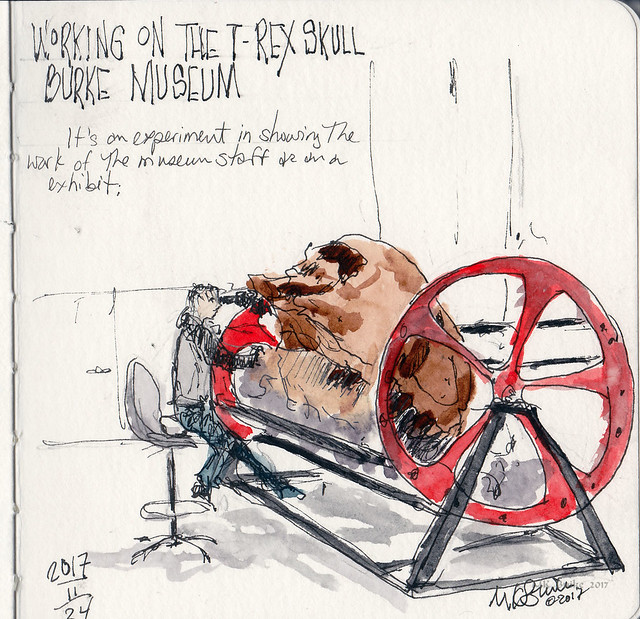 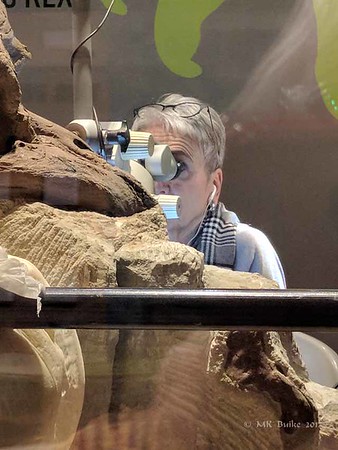 Meanwhile, I went outside again to sketch a view I'd noticed when I first arrived. In the foreground is the Northwest Coast Clan Pole. It isn't historic as it was carved in 2006. Just behind it is the new Burke Museum, still under construction. Further back and to the left is one of the neo-Gothic University of Washington buildings. I liked the juxtaposition of an ancient style of art (the totem pole), the brand new building and the older building. 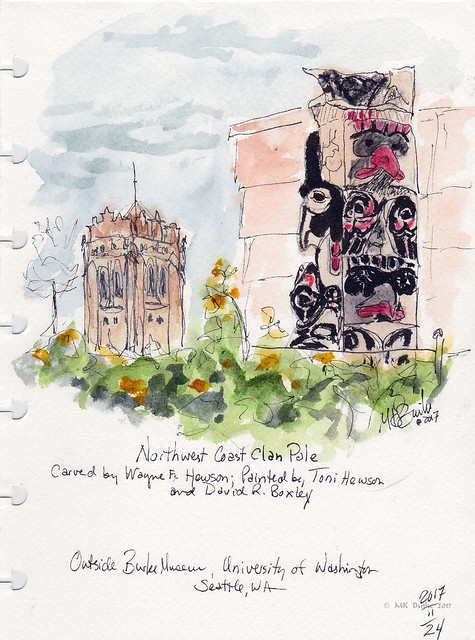 Two large tables were needed for the throw down of sketch books. 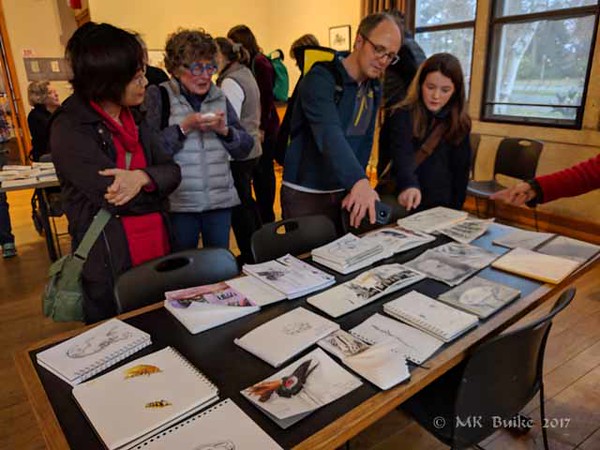 As I wrote, we were a much larger than usual group today. 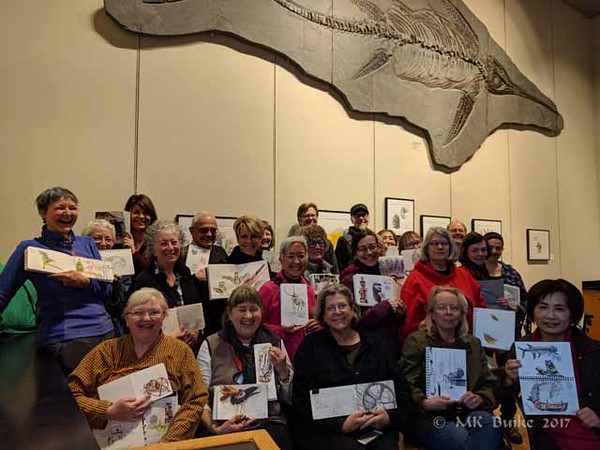