Yesterday was a very fine day for sketching at the beach!  The Friday Ad Hoc group met at Lincoln Park in West Seattle.  We had a beautiful view of Puget Sound and the Fauntleroy Ferry to Vashon Island.
I was there early.  While I waited for others to arrive, I sketched the interesting houses across the street from the park. 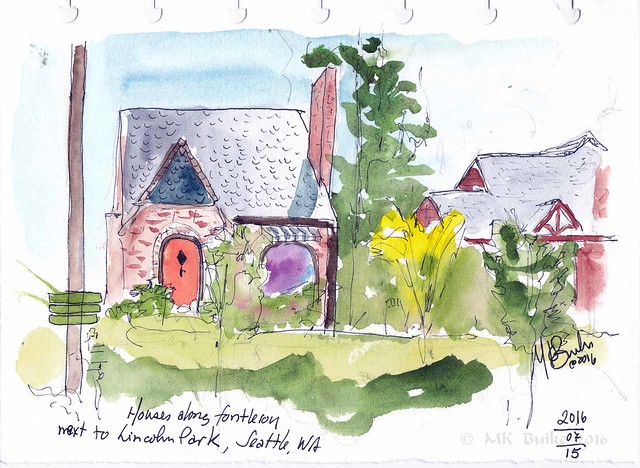 Nearly everyone headed down to the beach.  I stopped part way down the path to sketch this classic view of the ferry. 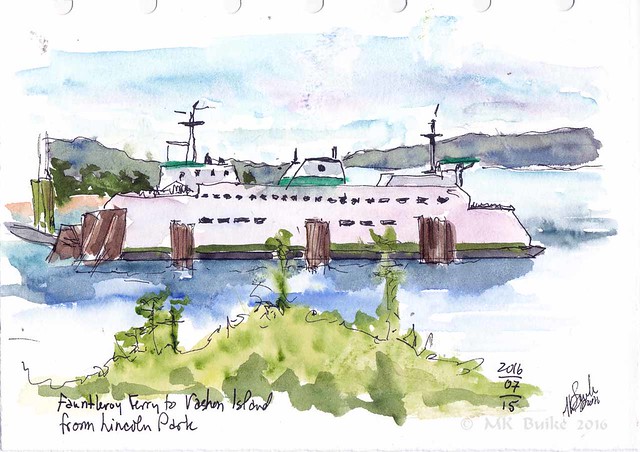 I had just a few minutes left so I did a quick sketch of Marvin sketching.  He got up and left before I was done, but I'd followed my practice of "sketch first what could move"!   There were some young boys hunting interesting things at low tide.  I wrote some notes about what they were yelling out. 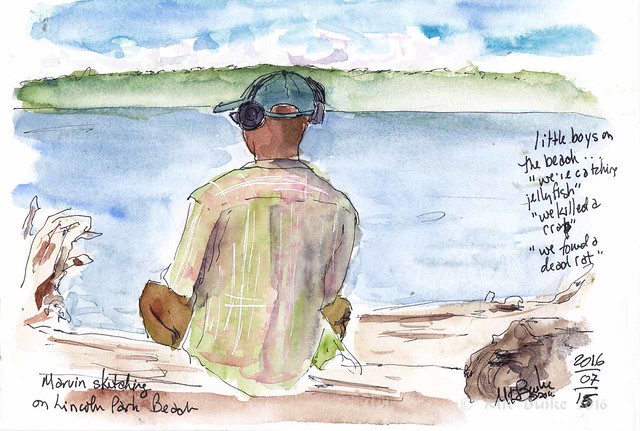 At least 2 people aren't in the group photo as they had to leave early.