I read that a new accessible playground will have its grand opening tomorrow.  I'll be at MOHAI tomorrow as the "sketcher in residence".  So I thought I would go find it to sketch today, thinking that it was probably already open.  I thought it would be a good addition for the Urban Sketchers weekly theme on flickr.

It wasn't open.  They were still working on it so wouldn't let me in to sketch.  I was able to get this view from outside the fence. I also got sprayed a bit when they tested the sprinklers! 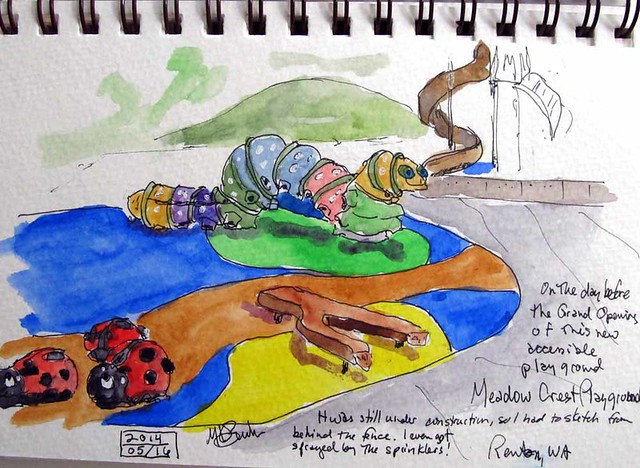